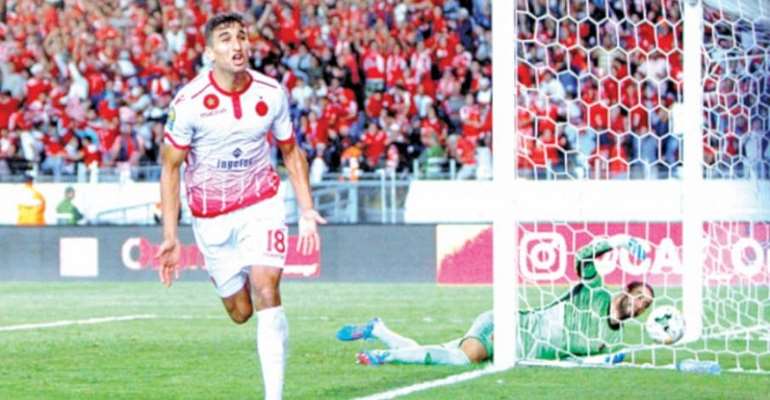 Horoya AC played to a 0-0 draw with Wydad Casablanca in the CAF Champions League quarterfinal first-leg match at the Stade du 28 Septembre in Conakry on Saturday.

HAC were hoping to avenge the 2-0 defeat they suffered at the hands of Wydad during last season's Champions League.

Mohamed Ounajem, who scored against Horoya during the match, started upfront for the visitors.

However, the HAC defence, which was marshalled by Hamed Assoko, were able to contain the lethal attacker.

On the other hand, Horoya's star forward Oncasey Mandela was looking to make an impact for the hosts, but he could not beat Wydad goalkeeper Ahmed Tagnaouti.

The two teams were locked at 0-0 during the halftime break.

Wydad continued to push for the opening goal after the restart, but they were frustrated by the Horoya defence.

Hamid Haddad, who scored seven goals in last season's Champions League, was introduced by the visitors.

Horoya and Wydad launched attacks in the dying minutes of the match, but they could not find the back of the net.

Ultimately, the two teams drew 0-0 on the day with Horoya failing to take advantage of home ground advantage in the two-legged tie.