Kean Strikes Again To Give Juventus Late Win Over Milan 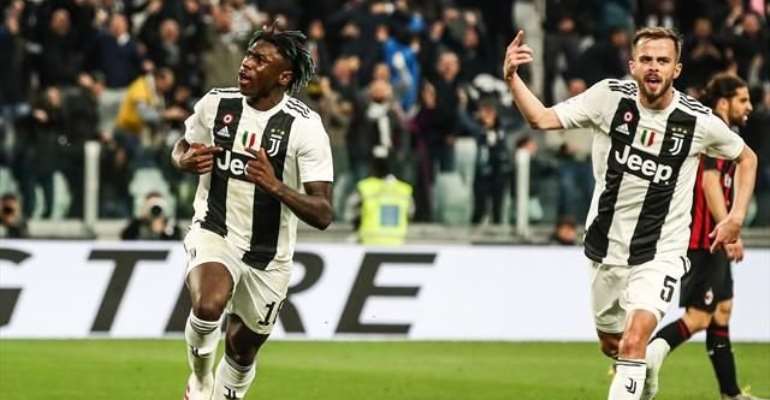 Teenage striker Moise Kean struck again to give Juventus a late 2-1 win over AC Milan after their opponents had taken the lead and comfortably dominated most of the match on Saturday.

Juve's win moved them 21 points clear at the top of Serie A and means they will wrap up an eighth successive Serie A title with seven games to spare if second-placed Napoli lose at home to Genoa on Sunday, the Turin side having the better head-to-head record.

Paulo Dybala levelled on the hour when he won and converted a penalty before substitute Kean - the victim of alleged racist abuse in Tuesday's win at Cagliari -- netted in the 84th minute.