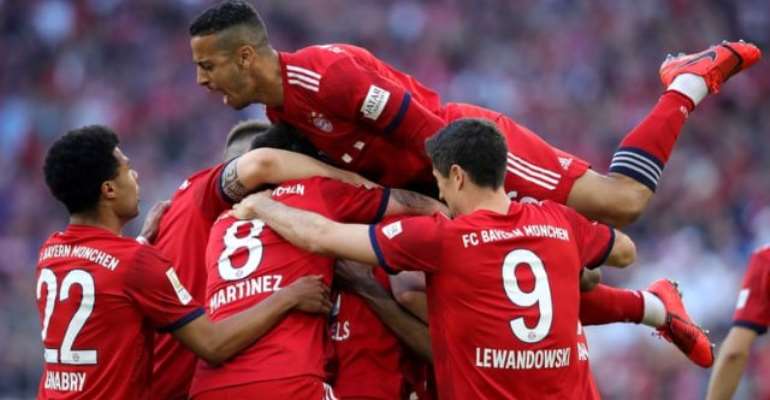 Champions Bayern Munich dismantled Bundesliga title rivals Borussia Dortmund 5-0 on Saturday, scoring four goals in a flawless first half to reclaim top spot and get back on course for a record-extending 7th straight league crown.

The Bavarians exploded into action and scored twice in the opening 17 minutes through Mats Hummels and Robert Lewandowski , adding two more from Javi Martinez and Serge Gnabry to move a point ahead of second-placed Dortmund.

Lewandowski's strike meant the Polish forward became only the fifth player in Bundesliga history to reach the 200-goal mark and the first foreigner to do so.

The hosts, who drew 1-1 at Freiburg last week, stepped off the gas after the break and controlled the game before Lewandowski scored again in the 89th minute and Bayern moved up to 64 points with six matches remaining.