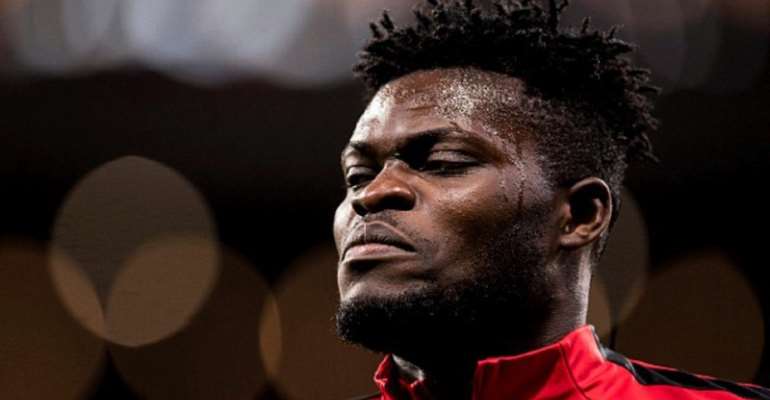 The Ghanaian midfield dynamo has been a subject for many clubs who are willing to meet the demands of the former Tema Youth star.

Manchester United, Manchester City, PSG, Arsenal and Real Madrid have all expressed their interest in securing the signature of the 25-year-old.

However, the 2018 UEFA Europa League winners will only be willing to release one of his key players at the right price with a reported €80million placed on the player.

Thomas Partey arrived at Atletico Madrid in 2013 from Ghanaian Club Tema Youth and spent time on loan at Almeria and Real Mallorca before cementing a place in Atletico Madrid’s first team.

He has since remained a key part of the squad helping the team to the UEFA Champions League finals in 2017 and winning the UEFA Europa League in 2018.

Partey will be hoping to continue his impressive heroics when Atletico Madrid play against Barcelona on Saturday at Estadio Camp Nou.