The Role Of The Church In Association Football 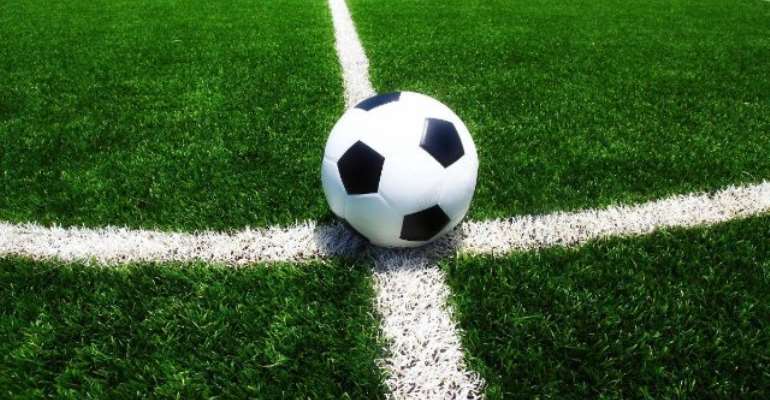 There has been a long history of the involvement of Christianity and Association football; in the 16th-century, England Puritan Christians opposed the contemporary forms of football, due to its violence and its practice on Sunday, the Sabbath day of rest.

However, from the 19th century, Christians espousing the movement of "Muscular Christianity” encouraged the game for its physical and social benefits. Several of England's leading clubs, including Everton, Manchester City and Southampton, were founded by churches, as was Celtic in Scotland. St. Mary's Church, Southampton established Southampton F.C. in 1885. The team, known to this day as "The Saints", play at St. Mary's Stadium. There have also been leagues set up specifically for Christian clubs outside of the normal national league pyramid.

In 2007, the Lagos Mountain of Fire and Miracles Ministries (MFM), a Pentecostal church with chapters worldwide, founded an intramural football competition with the sole intention of providing guidance to Nigerian youth.

Less than a decade later, MFM FC became the first church club to play in the country's premier league, and today, their success is shining a light on the state of the Nigerian domestic game.

Arthur Connell was the rector of St Mark's Church in West Gorton in Manchester. There was a great deal of unemployment in the area and in January 1879 Connell set up a soup kitchen and a relief fund for the local poor. In its first week over 1,500 gallons of soup, 1,000 loaves of bread and 10 tons of coal had been distributed by Connell and his helpers. His daughter, Anna Connell, also became involved in helping this community. She believed that the creation of male clubs would help improve the community spirit. This included the creation of the St. Marks Church football team. This team was eventually renamed as Manchester City.

Everton were founded during November 1879 when the St. Domingo's Church held a meeting at the Queen's Head Hotel, Village Street. They already had a cricket team but wanted to find another sport for the winter month. The St. Domingo team played in Stanley Park and won their first game, against St Peter's Church. The following year the club was renamed Everton F.C. after the surrounding area.

The Church and football in Ghana
The introduction of football in the Ashanti Kingdom came in 1921; for the first few years of its introduction, the game did not move beyond the stage of a recreational pastime. In 1922, therefore, there were only two clubs. One named Everton FC sprang up as a recreational club for the Kumasi Roman Catholic Mission School, attaching a brass band to it as a bait to woo spectators.

The second club called Royals FC was sponsored by the Wesleyan (Methodist) Mission School. Patronage was strictly based on religion. Incidentally, the practice was that supporters of both teams wore the same jerseys and hose as the teams they supported for easy identification.

To these clubs of leisure was added a more serious one named the Rainbow FC in 1924 which transformed in 1926 into the first all Ashanti Football Club named ‘Ashanti United’, the precursor team of today’s Asante Kotoko in 1935.

Adding to the number in 1931, was Kumasi Cornerstone, formed by mainly migrant Fante Youths at Fante New Town, and located in the central part of Kumasi. And so in 1932, it became a matter of course to inaugurate the Ashanti Regional Football Association as the regulatory authority.

Techiman Holy Stars that played Ghana League in 1985/86 season with the likes of Emmanuel Armah 'Senegal' belonged to the Roman Catholic Church in Techiman.

Holy Stars Head coach was Dan Owusu, former Bofoakwa Tano and Black Stars player and their chairman was Alhaji Agyaa. Dan Owusu left the club along the road to join BA United to coach them in the middle of the league.

Church and sports
The church has always struggled to rightly understand the role of games in God’s greater purposes. The Apostle Paul seemed to appreciate sports, or he was at least familiar with them, using athletic metaphors such as running the race (1 Cor 9:24), fighting the good fight (1 Tim 6:12), and training in righteousness (2 Tim 3:16).

In the first few centuries of the church, however, Christians were largely against the sports of the day, albeit for understandable reasons. The early Olympic Games were dedicated to pagan gods like Zeus and Nike and athletes usually competed in the nude.

Moreover, the most popular sporting event—the gladiator games—involved throwing Christians into the ring with wild bears and lions.

Up until the late eighteenth century, sports were for the most part, recreational. The industrial revolution, however, laid the railroad tracks for the professionalisation of sports, with the train pulling into the station in the latter half of the twentieth century.

With the professionalisation and popularisation of sports today, Christians have jumped on board, to say the least, seeing sports as a potential classroom for morality and a platform for evangelism

Benefits of sports to the church
Why do people play sports? On the one hand, men and women play sports because they are created to play and want to use their gifts to glorify God. On the other hand, people often play sports as a way to justify themselves; to prove themselves to the world.

Many can identify with the scene in Chariots of Fire where the Olympic runner Harold Abrahams while preparing for the 100m dash, says that he has “ten lonely seconds to justify my whole existence.”

Thankfully, Jesus saves not only from forensic guilt but also from false gods. When sinners understand that they are justified by the blood of Christ, this frees them from having to justify themselves in sports for fame, money and achievements.

New identity
Second, the gospel gives the sportsperson a new identity. Sports go deeper than what we do, they speak to who we are. The identity-shaping power of sports is evident, for the sport that one plays often shapes the way they dress, the music they listen to, and the friends they spend time with. None of these is bad themselves unless they have worked their way into the centre of a person’s identity.

A new ethic
The gospel gives the sportsperson a new purpose, a new identity, and lastly a new ethic. The win-at-all-costs mentality of modern sports (where winning is an idol by which the athlete is willing to sacrifice anything else) comes at a high price to the integrity of sports. Sports ethics plays out on the field and off the field.

This assertion applies in churches evangelical missions. When churches go out for evangelism to win souls or prepare souls for salvation, they set a target for soul winning and sacrifice their time to make sure the target is met, which is the winning at all cost mentality.

Going forward, the church can create a professional sports club to partake in national events like the premier league football, weight lifting, boxing etc. By so doing, the sporting events will provide a major platform for churches to promote sports ministry as it was done during the 2010 FIFA WORLD CUP to win souls and promote salvation to Christians.

World’s Richest Churches such as Church of Jesus Christ of Latter-day Saints, Catholic Church, Church of England, Opus Dei which worth $40 Billion,$30 billion, $7.8 Billion and 2.8 Billion respectively, don’t have their pastors among the list of world richest churches.

Conclusion
The church has been part of sports from time immemorial and going forward, it is about time we consider the church as a stakeholder and see how they can contribute their quota towards sports development.