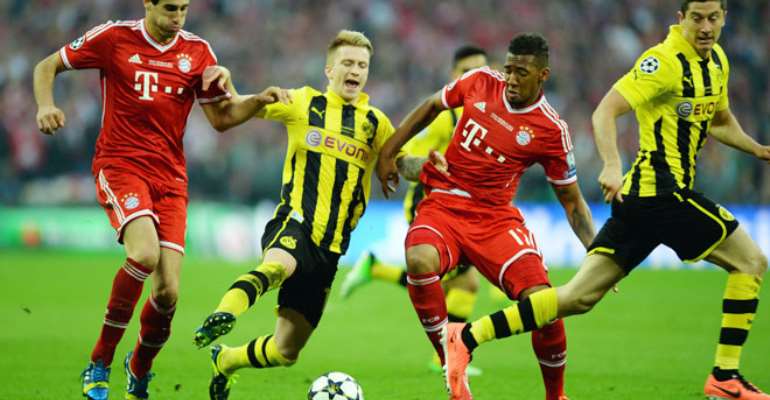 Ghana sports betting company, Mybet.africa have out themselves as a huge fan of Dortmund and their playmaker Marco Reus in Saturday epic clash of the titans in the German Bundesliga against arch and bitter rival Bayern Munich.

Mybet is offering 5GHs refund bonus for each goal scored by their favourite player “Roll Reus” in this epic match. That is for any customer who places a minimum bet of 10GHs on the match.

German news giant, SportBild leaked this week latest gossip over the German clash of giants on Saturday that back in 2011, Bayern was about to sign on at that time the new kid on the block Marco Reus, but senior players including Schweinsteiger and Lahm voted against the deal dismissing Reus and his lack of winning mentality.

7 years later Reus is playing the season of his life, leading Dortmund possibly to their 8thBundesliga title.

Mybet is full of praise for the German international who also just had his first child last Saturday. The sports betting giant has said “He is an outstanding player and character and we love to see him score. Whatever some old Bayern players might say – we fully believe in his winning mentality”. In another development, mybet.africa has sent a congratulatory message to Marco Reus in Germany for becoming a proud father.

Reus has suffered several setbacks during his eventful career including missing 2014 world cup due to an injury and has to be pivotal in leading Dortmund to the top of the Bundesliga table just two narrow points ahead of arch rival Bayern. Reus himself netted in an impressing 15 goals in just 22 matches.

Check mybet.africa for the latest odds and offers for this Bundesliga classic