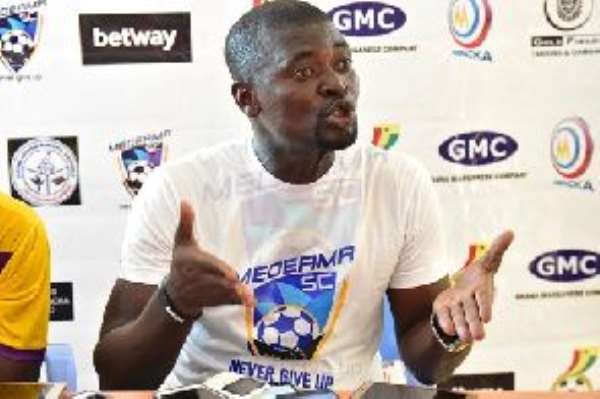 Head coach of Medeama SC Samuel Boadu claims he is currently the best coach in Ghana after his outfit defeated Kumasi Asante Kotoko on Thursday.

The outspoken coach expressed his delight for the coming back of football activities in the country and stated it is a perfect opportunity to showcase his coaching prowess.

“We thank God football has come back. This is the time for me to prove that there is a coach somewhere," he said during the post match press conference.

“People don’t know Samuel Boadu actually. I know myself and I know what I’m capable of doing.

“Medeama is gearing on per the match we played today,” he stated.

The Yellow and Mauve defeated Asante Kotoko by a goal to nil at the Tarkwa T&A Park.