John Paintsil Reveals Why Ghana Lost To Brazil In 2006 WC 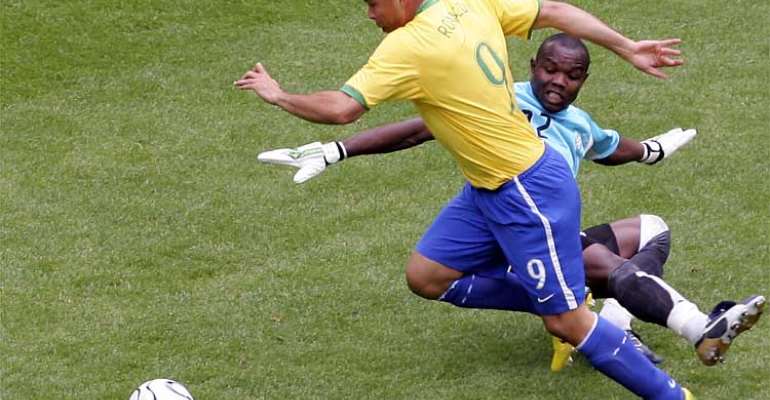 Former Ghana and Fulham defender, John Paintsil has confessed that overconfidence cost them a defeat against Brazil in the Germany 2006 World Cup.

The four-time African champions got their maiden qualification to the World in 2006 but were eliminated from the tournament in the round of 16th by five times champions Brazil after 3-0 defeated scoreline.

Speaking at the 6th Edition of the International Sports Press Association (AIPS) congress in Accra, the former Kaizer Chiefs assistant gaffer said they were relaxed and confident of beating them.

“We were confident and relaxed before the game and knowing that we can beat Brazil and we didn’t have much focus”, he said.

The formal Fulham player said the Brazilians were not more experienced than them, having played them at the youth to senior level.

The 6th AIPS Africa Congress was also used to officially launch the 2nd AIPS Sports Media Awards, which aims at rewarding hard-working sportsmen and women across Africa in the seniors and juniors categories.