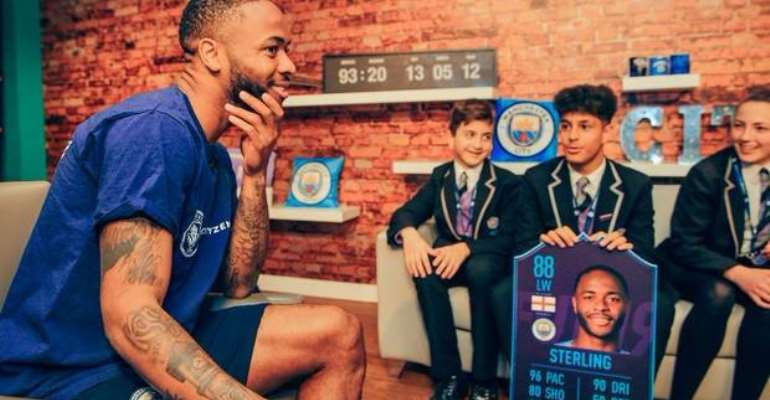 Raheem Sterling has arranged for 500 pupils from his former school to attend Manchester City’s FA Cup semi-final with Brighton at Wembley.

A number of students from Ark Elvin Academy in London also visited Manchester on Thursday to meet the City and England forward and have a tour of the Etihad Stadium.

Sterling, 24, was raised in Neasden, near Wembley, after moving to England from Jamaica at the age of five.

Sterling said: “I have a close connection to Ark Elvin Academy having attended the school myself when it was Copeland Community School, so it is great to be able to give these students the chance to watch a game at Wembley.

“I grew up right next door to the stadium and would dream of one day playing in a cup final or even representing my country there.

“To now be able to play there myself is an honour and this is a great opportunity to give back to the community that helped me get to where I am.”

Sterling has been known to make significant charitable donations in the past and in 2017 made a “substantial” undisclosed contribution to the fund set up in the wake of the Grenfell Tower fire. His latest gesture is a joint collaboration with the club.

City’s chief operating officer Omar Berrada said: “We are very proud to support Raheem, as he reaches out to the community he grew up in, by giving FA Cup semi-final tickets to students from his old school. We hope all of the children enjoy their day at Wembley.”

City, who have already won the Carabao Cup final this season and top the Premier League, are bidding to take another step towards an unprecedented quadruple by securing a place in the FA Cup final. The team will then remain in London ahead of Tuesday’s Champions League quarter-final first leg at Tottenham.

Jubil Kunnassery, head of PE at Ark Elvin Academy, said: “We would like to say a huge thank you to Manchester City and Raheem Sterling for inviting us to Manchester and taking the time to meet us, answer questions and take pictures.

“All of the students were inspired by his words and we wish Manchester City and Raheem the best of luck for their game against Brighton on Saturday and the rest of the season.”

Mamadou Diallo, a year 10 student, added: “Raheem is someone that’s just like us and went to the same school. We know that if we work hard and follow our passion, we can do anything we want.”