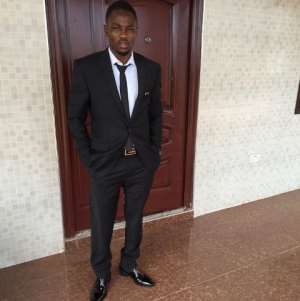 Mr. Abubakar Alhassan, former chairman of the Northern Region Football Association (RFA), is reported to be on the run after he was implicated in the investigations leading to the murder of investigative journalist Ahmed Hussien Suale.

Early this year, the Madina Police had a report that, the investigative journalist, a member of the Tiger Eye PI was shot in his private BMW car along the Queen of Peace road.

At a media briefing held in Accra, the DCOP Maame Yaa Tiwah Addo-Dankwa, the Director General of CID said, the former chairman of the GFA, Mr. Kwesi Nyantakyi and Mr. Ken Agyapong, the Central Assin MP, were invited by the CID and statements taken from them to assist in investigations together with the Head of Tiger Eye PI, Anas Aremeyaw Anas.

According to DCOP Addo-Dankwa, the former Northern Regional GFA chairman has gone into hiding and failed to show when he was invited by the CID.

She said, efforts were being made to arrest the budding former football administrator.

The Director-General said in the course of investigations, 13 people have been questioned with one been on remand to assist in investigation.