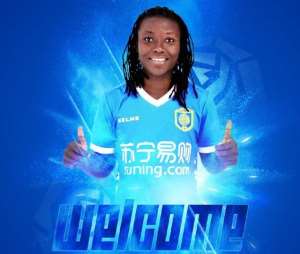 The Black Queens skipper signed a year deal with the club after leaving the United States.

The midfielder parted ways with USA side Seattle Reign in February paving way for her move to the Asian nation.