Teenager Kean On Target Again As Juventus Win At Cagliari 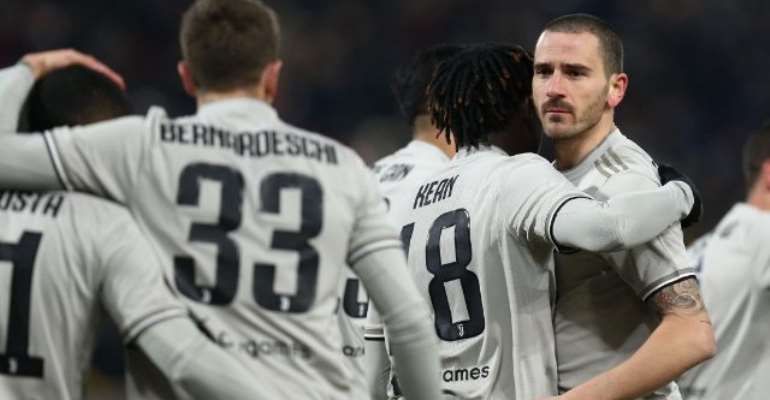 Juventus teenager Moise Kean was on target again as the Serie A leaders won a tough match 2-0 in a hostile atmosphere at Cagliari on Tuesday.

Defender Leonardo Bonucci opened the scoring with a towering header from a corner in the 22nd minute and Kean, 19, turned in Rodrigo Bentancur's cross with five minutes left.

The win took Juventus on to 81 points from 30 games with second-placed Napoli 18 points behind ahead of their game at Empoli on Wednesday.

Juventus were again without Cristiano Ronaldo who is recovering from a thigh injury he suffered playing for Portugal a week ago.

Juventus will next face AC Milan, who were held 1-1 by Udinese.