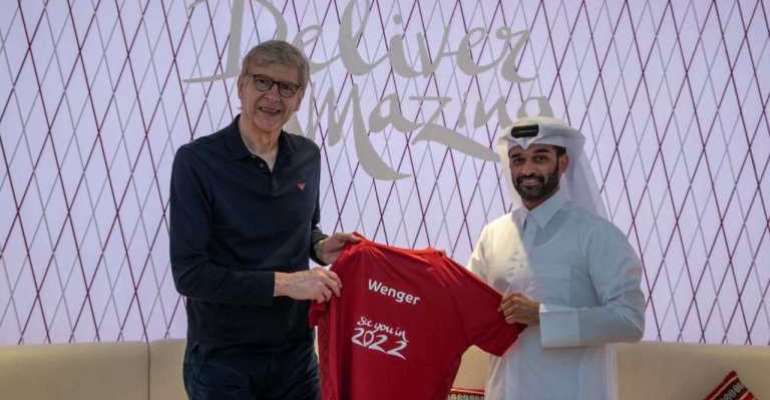 Legendary Coach Arsene Wenger praised Qatar’s FIFA World Cup preparations, along with the country’s commitment to football development, during a visit to the Supreme Committee for Delivery & Legacy.

The former Arsenal manager, who won ten major honours during 22 years with the Gunners, spoke positively about Qatar’s World Cup plans, saying the 2022 tournament would offer a new experience to players, fans and officials.

The Frenchman, who won a record seven FA Cups with Arsenal, also hailed Qatar’s recent AFC Asian Cup victory – which he said was a testament to quality education, planning and coaching.

Wenger, 69, who also spent seven successful years with French club Monaco, was impressed with Qatar’s commitment to building infrastructure which benefits communities across the country, including plans to repurpose some of the modular stadiums and transform them into sporting facilities.

“I’m impressed with the quality of the planning for the World Cup, including the thinking that is behind it,” said Wenger. “This World Cup is integrated into the community and there are a lot of plans to make sure it is not wasted after the tournament. The project for the event is fantastic – but the community will take advantage of it after the World Cup, which is a great idea.”

The longest distance between stadiums in 2022 will be just 55km – meaning fans will be able to attend more than one match a day during the early stages of the tournament. It will also mean a lack of travel for fans, players and officials – which will provide a new experience according to Wenger.

The longest distance between stadiums in 2022 will be just 55km – meaning fans will be able to attend more than one match a day during the early stages of the tournament. It will also mean a lack of travel for fans, players and officials – which will provide a new experience according to Wenger.

“When I think back to the many World Cups I’ve been to, you always plan your flights. It will be a new experience for supporters here – once you’re in Qatar you just have to move from one stadium to another without taking a flight. For the players and delegations too – the national teams can stay at one place during the whole World Cup and that will be a much more comfortable experience than before.”

Wenger, who spent a season coaching Japanese side Nagoya Grampus in the mid-1990s, also spoke about Qatar’s stunning victory in the AFC Asian Cup.

Al Annabi’s starting 11 for the final included seven Aspire Academy graduates. Aspire Academy was founded in 2004 with the goal to find and develop the best Qatari athletes, while providing them with high-quality secondary school education. In recent years, youth football has flourished in Qatar, with the country winning the 2014 AFC U-19 Championship, before tasting success in the senior version of the tournament in the United Arab Emirates. The ultimate goal is to develop players who will represent Qatar at the FIFA World Cup™.

“It’s a good lesson for every country. If you start with quality education, quality planning and quality coaching, you get results,” said Wenger.

“The most important thing is that Qatar has won the Asian Cup. Nobody, even in Qatar, could have planned that when Aspire was opened. The most positive aspect, apart from the pride of everyone in the country after winning such a huge competition, is the fact it’s encouragement for education and coaching young players. It’s a remarkable lesson for all the countries that love football.”