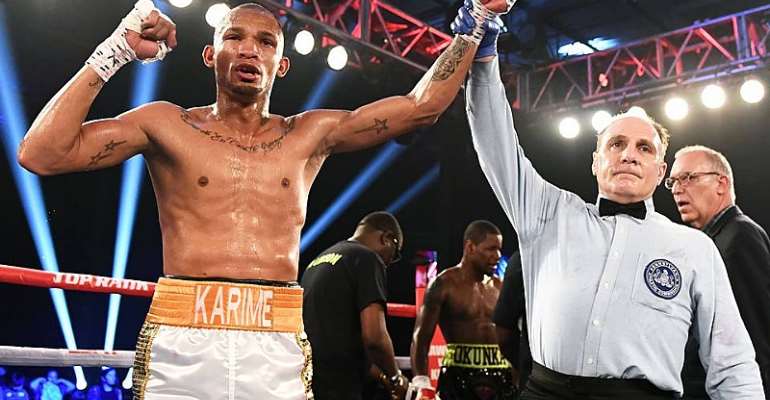 Mexico’s Juan Ruiz pulled off an upset by stopping Fredrick Lawson in the fourth round of a scheduled 10-round junior middleweight match.

Ruiz’s chopping right hand to the side of Lawson’s head hurt Lawson badly with just over two minutes to go in the fourth round. When Lawson crashed to the canvas, Rosato ruled that it was the result of Ruiz pushing him.

Lawson clearly was hurt, though, and could only attempt to cover up once the action resumed. Ruiz knew how hurt he was and unloaded a flurry of power punches on his disoriented opponent.

Rosato wisely stepped in to halt their contest at 1:16 of the fourth round.