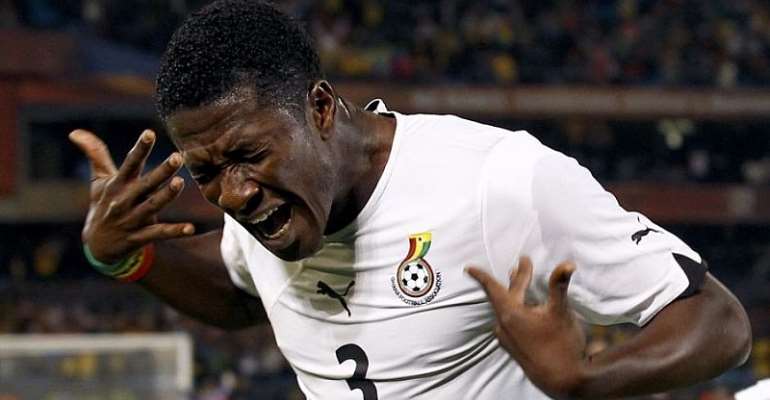 Asamoah Gyan looks for yet another spell on the sidelines after suffering injury while playing for Turkish top-flight side Kayserispor in their friendly against Adana Demirspor on Saturday.

The Black Stars skipper was replaced in the 53rd minute of the match by Kucher after clutching his thigh in what looked like a hamstring injury.

Gyan, who had recently recovered from an injury that kept him on the sidelines for a while, was being prepared for next week’s league match against Sivasspor as injuries have ravaged the Kayserispor squad.

Gyan looked to have created an anxious moment for the visiting goalkeeper soon after the break but the Ghana ace remained on the ground sparking worrying faces among the bench.

He remained on the ground as the medical team ruled that Gyan could not continue the match.

The 33-year-old striker, who played for 27 minutes in the 3-0 defeat away to Rizespor in the Super Lig before the international, was hoping to continue with his return to form.

Gyan returned to group training with his Turkish club Kayserispor later last month after spending about four weeks on the sidelines with injury.

He has struggled for playing time at his club Kayserispor in Turkey this season due to injuries.

The Ghana captain has been battling with injuries since moving to Turkey in 2017.

He has featured only eight times for the club this season in the top flight, scoring one goal.