All Set For AIPS Africa Congress In Accra 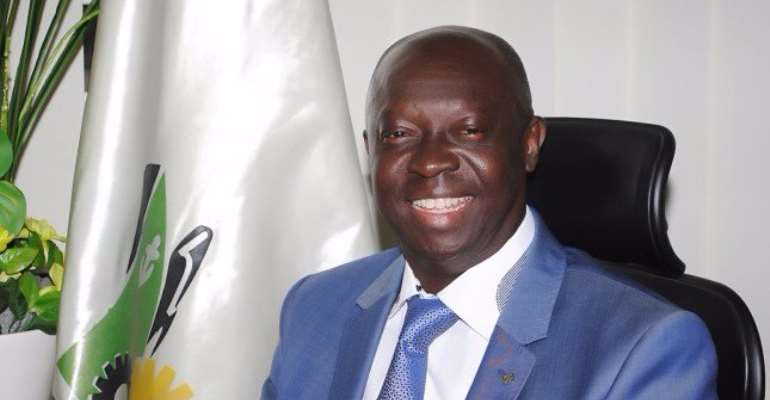 The Sports Writers Association of Ghana (SWAG) is scheduled to host the 6th International Association of Press Sports (AIPS), Africa Congress in Accra.

It's the first time Ghana would be hosting the Continental body.

Delegates for the Congress would start arriving in Accra for the biggest gathering of sports journalists in Africa, on Monday, April 1.

In all, 25 countries have confirmed participation in the historic Congress, which forms part of the activities marking the 50th-anniversary celebration of SWAG, at the Accra City Hotel from 2-6 April.

Leading the first batch of the delegates is Mr Morad Moutaoukkil, a member of the Sports Journalists Association of Morocco and the first Vice President of AIPS Africa.

He would be accompanied by officials of the Ministry of Youth and Sports of Morocco, who would use the opportunity to discuss the country’s preparations towards the 2019 Africa Games.

Following, would be Evelyn Watta, an astute sports journalist, a member of the Sports Journalists Association of Kenya and Vice President of AIPS.

Also expected to arrive on Tuesday, April 2, is Mitchell Obi, President of AIPS Africa and his second Vice President Chris Mbaisi from Kenya.

The Congress would also be attended by Mr Chuka Momah, a life patron of AIPS Africa, a member of AIPS and former president of Africa Table Tennis Federation (ATTF) and Ewetse Khama of Apo Group, partners of AIPS Africa.

At least 50, delegates are expected to participate in the three-day congress that is expected to be sandwiched with expert presentations and discussions on contemporary issues on sports media, administration and hosting of some sporting events.

Among the topics to be discussed are "When Will Africa Be Ready to Win The FIFA World Cup?, How Bold is Africa’s Gold Chase at Tokyo 2020?, Africa Games and the future and The New Sports Journalism in Africa – Finding The Right Mix."

The Congress is being sponsored by Accra City Hotel and Alisa Hotel.

"You Were Not A Vice President When MoMo Was Introduced 11ye...
4 minutes ago