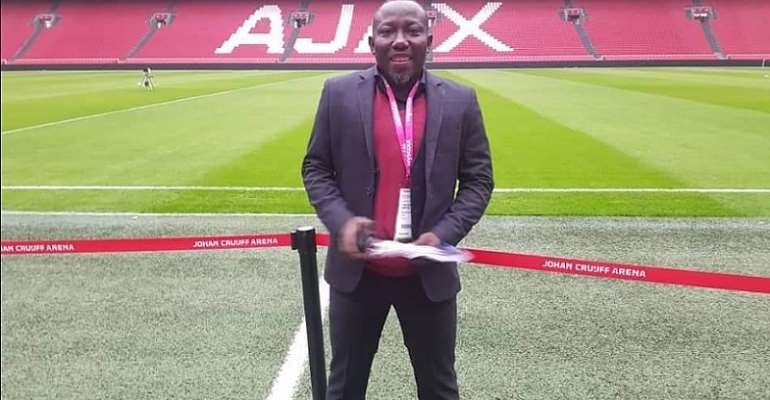 Controversial football administrator, Abdul Salam Yakubu has cautioned journalist who have be ruining the reputation of 'football people' in the country to be ready if they are to continue with the same utterances if a new president is elected.

According to him, it is worrying how some journalists use the media to tarnish the reputation of people when a common football boot they have never bought for a player before.

The New Edubiase CEO further added that those "weed smoking" journalists who succeeded in denting the reputation of former GFA president Kwesi Nyantakyi should just prepare as he and his group will face them if the GFA have a new President and he has not stopped football administration.

“lf a new Ghana FA president ascends the throne and l haven’t stopped running football as we have formed a new thug… should those weed and drunkards journalists who have succeeded in ruining the life of Kwesi Nyantakyi continue to destroy football with their acerbic utterances, they will realize where the power lies as they will know that we have real men in this country. We shall all drink from the same cup of water and one bottle of coca cola,” Abdul Salam Yakubu said in an interview on Kumasi-based Angel FM

” Even a common football boot, some of these rascals journalists can’t afford and to even buy a shirt for themselves. And these same people will sit on their radios and televisions to cast slurs recklessly on we the football administrators as if we are animals,” he added

“All these chaotic circumstances was caused by [us]. Today there are some presenters who are on the payroll of some football administrators. They give them money for them to champion their differences against their rivals. lf you hand a player to these journalists to even cater for, they can’t and these same people will be insulting us in Ghana here,”

“But if the next FA president is elected, we shall make sure that we give him the maximum protection with regards to these slurs from those media fond of doing so.”

The Ghana FA top seat have been vacant since Mr Kwesi Nyantakyi resigned after he was exposed in the 'Number 12' video by Anas Aremeyaw Anas in June last year.