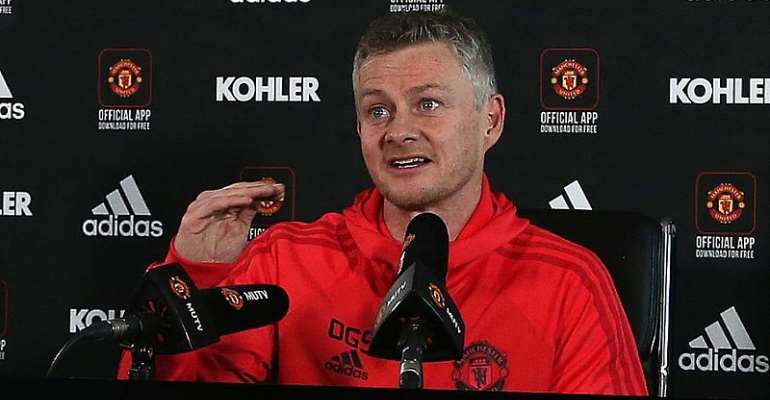 Ole Gunnar Solskjaer has been rewarded by Manchester United for engineering a remarkable turnaround in the club's fortunes since he took over from the sacked Jose Mourinho in December.

As well as famously guiding the Red Devils to the Champions League quarterfinals after an astonishing comeback against Paris Saint-Germain, Solskjaer has hauled United back into contention for a top-four finish in the Premier League.

CARDIFF 1 MAN UNITED 5 The calibre of opposition may have been meagre, but on the ground where his only previous experience as a Premier League manager went badly wrong, Solskjaer got the flying start he needed to kickstart his time in charge.

Banished towards the end of Mourinho's reign, Paul Pogba was instrumental with a part in four of the visitors' five goals, while Marcus Rashford, Anthony Martial and Jesse Lingard all seemed to immediately thrive when given more licence to attack.

TOTTENHAM 0 MAN UNITED 1 When Mourinho was sacked, Mauricio Pochettino was immediately installed as the favourite for the Old Trafford hot-seat.

The Argentine has worked wonders to make Tottenham top-four regulars on a far more restricted budget than his competitors.

But Solskjaer won his first head-to-head battle with the Argentine at Wembley thanks to a combination of smart tactics and the brilliance of David de Gea.

The gameplan to spring Rashford's pace on the counter-attack worked to perfection for the only goal just before halftime.

Thereafter De Gea made 11 saves to keep Tottenham at bay and haul United back into the race for a top-four finish.

CHELSEA 0 MAN UNITED 2 A quest for FA Cup glory may have ended in the quarterfinal defeat to Wolves, but impressive wins at Arsenal and Chelsea in the earlier rounds showed Solskjaer's victory at Tottenham was not a flash in the pan.

MAN UNITED 3 SOUTHAMPTON 2 "It is like the old days," said Solskjaer, a legendary scorer of late goals in his playing days, after Romelu Lukaku's late winner swung a five-goal thriller United's way.

A home win over Southampton is not normally a cause from a great celebration, but the manner of victory in coming from behind with an injury-ravaged squad proved vital for building United's momentum for what was a momentous midweek to come.

PSG 1 MAN UNITED 3 The French champions inflicted the sole defeat of Solskjaer's first 17 games in charge with what seemed like a statement 2-0 win at Old Trafford in the first leg of their Champions League last-16 tie.

No side had ever overturned a 2-0 first leg home defeat in European Cup history and United travelled to Paris bereft of 10 first team players, including Pogba through suspension.

Solskjaer's men had their share of luck, benefiting from glaring errors by Thilo Kehrer and Gianluigi Buffon and a highly controversial stoppage-time penalty awarded with the help of VAR for a handball by Presnel Kimpembe.

But this was the night when any doubts over who would get the job on a permanent basis disappeared.

Solskjaer was canny to remain cautious and ensure United stayed in the tie long enough to prey on PSG's nerves.

And the belief he instilled in a young team, demonstrated by Rashford's confident spot-kick, was richly rewarded as the club celebrated one of their best-ever European nights.

COVID-19: You Won’t Enjoy Free Water If You Owe Us – GWCL
8 minutes ago

We're Disappointed In Akufo-Addo For Not Condemning Soldier ...
34 minutes ago