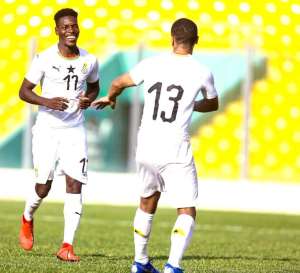 The 28-year old won and converted a penalty after making a return to the national team for the first time since 2015.

The former Crystal Palace man has struggled with injuries but have managed to rediscover his form and was on the scoresheet for the country.

Appiah will be hoping to earn a call up to the Black Stars ahead of the 2019 Africa Cup of Nations in Egypt.

The tournament will kick off June 21 to July 19.
Kwesi Appiah is expected to leave Ghana for England to join his Wimbledon teammates for the tale end of the season.