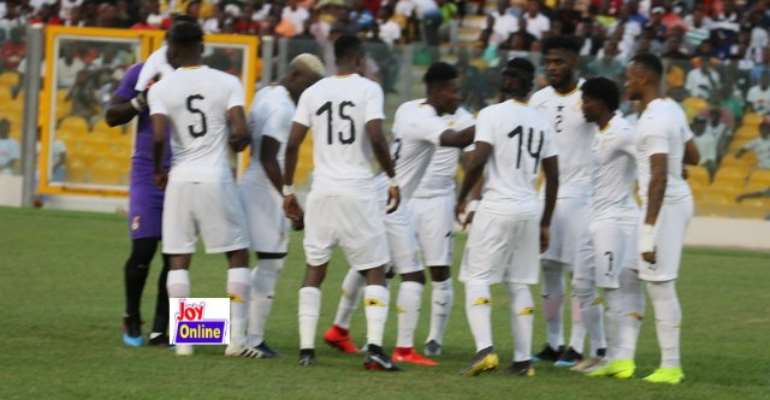 Didn’t have a lot to do during the game but never looked convincing when tested. He could have done better with the free kick in terms of organising his wall.

Very poor on the day. He was disposed of the ball and misplaced some passes a bit too often.

He wasn’t really tested on the day but looked very calm on the ball.

Looked very strong and deliberate on the ball. Despite making his debut, the 23-year-old was confident on and off the ball.

Lively as usual going forward. One of his crosses finally connected as he assisted Ekuban’s header.

Barely put a foot wrong and also won some duels but he wasn’t imposing on the night.

Was disposed a few times and never really made a difference in the game.

He really did show why he was captain of the Black Stars for the night, always demanding for the ball and dropping deep. Although he got on a scoresheet, he could have scored two other goals in the game.

A little bit too nonchalant in his approach as he never really came to the party.

Quite energetic in the first half as he linked up with Lumor Agbenyenu on the flank. However, he faded away in the second half of the game.

Credit to him for winning the penalty and scoring it but he had a very quiet game.

Came on at the beginning of the second half and gave Kwesi Appiah another reason to call him for the AFCON squad. A goal and assist in 45 minutes, job well done.

Resumed duties on the left flank as he worked well with Lumor Agbenyenu in the build-up to Ghana’s second goal.

Looked very confident and was willing to take on the Mauritanians. He created a wonderful chance for Partey, whose header went just wide.

Injected dynamism and drive into the midfield after his introduction. His trademark long balls were spot on and he also showed a lot of strength.

#FixTheCountry campaign goes international with over 500,000...
4 minutes ago