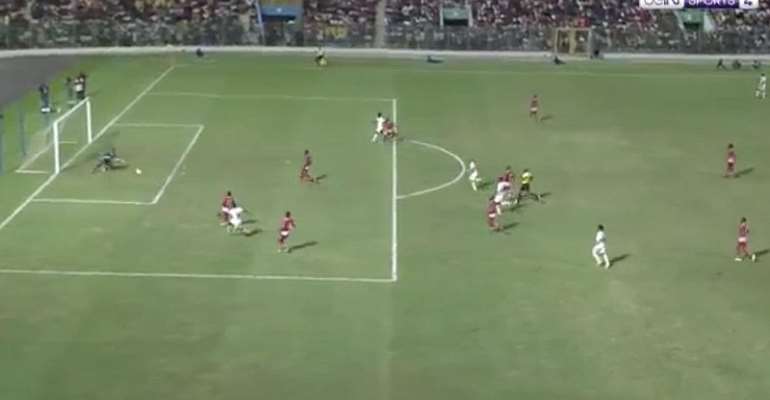 Ghana’s Black Stars had to wait until the 83rd minute to finally find a way past a resilient Kenyan side in a game that ended 1-0 in favor of the West African side.

Prior to this encounter, the Black Stars were hoping to revenge the painful 1-0 loss they suffered in Kenya back in September when the two countries met for the first match of the group qualifiers.

Either side could not get on the score sheet in the first half in a game in which the Stars dominated. Coach James Kwesi Appiah’s mean attacked on countless occasions but were unable to split open the defense of the Kenyans to pose any real threat.

After failing to break down the defensive set up of their opponents, it took the brilliance of in-form Caleb Ekuban to undo a tactically disciplined Kenyan side which proved extremely difficult to beat in front of a charged home crowd.

The results means Ghana finishes Group F with 9 points. They are followed by Kenya on 7 points with both teams qualifying to participate in this year’s Africa Cup of Nations (AFCON) in Egypt.