Black Stars To Get US$10,000 Winning Bonus Against Harambee Stars 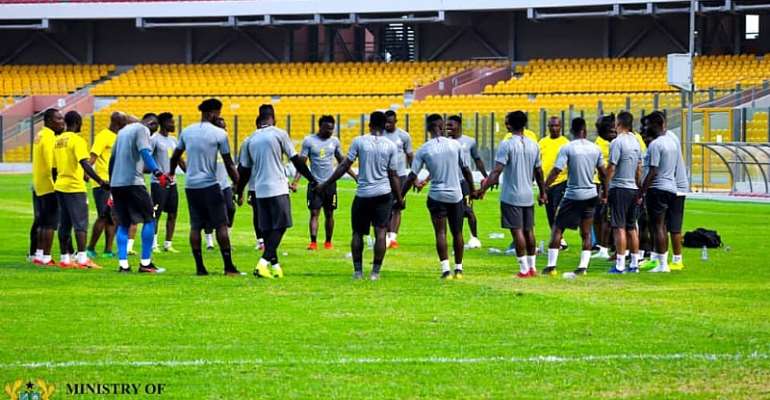 The Black Stars will receive US$ 10,000 winning bonus per player if they beat the Harambee Stars of Kenya in the 2019 Africa Cup of Nations qualifier for Egypt 2019 this June,.

This is to motivate the players to win the tournament and end the country's wait for a continental title since 1982-where the fourth title was clinched in Libya.

It would be recalled that the NPP government took a decision to slash the winning bonus by 50% to US$ 5,000 during their campaign at the 2017 Africa Cup of Nations in Gabon.

The news was delivered by then Sports Minister designate Isaac Asiamah but that has been reversed.

A five-member Black Stars management committee head by former Asante Kotoko Executive Chairman and now head of GNPC Dr KK Sarpong will supervise the activities of the team from now till the tournament kicks off.

Ghana will face the Harambee Stars of Kenya on Saturday at the Accra Sports Stadium to decide who top Group F of the 2019 Africa Cup of Nations qualifiers.

On a day that football fans will have much to cheer, the national Olympic team, the Black Meteors will also play earlier in the afternoon.

Yours Truly wish both teams all the best in trying the break jinxes.