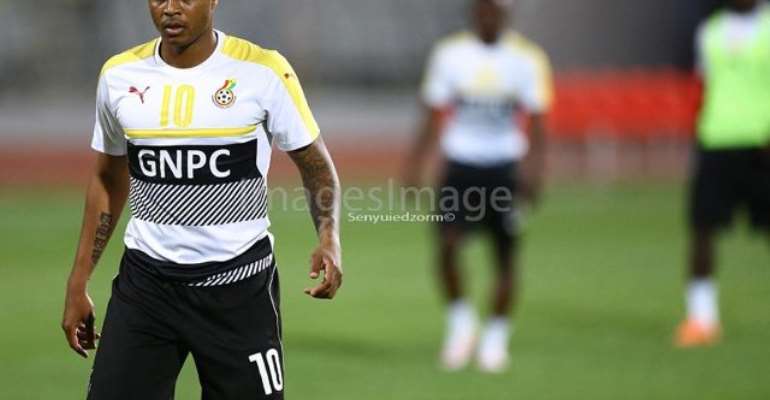 Black Stars forward, Andre Ayew says the team is ready to do everything possible to win the 2019 Africa Cup of Nations in Egypt.

The last time Ghana won the ultimate 1982 in Libya.

Ahead of the tournament in Egypt, Kwesi Appiah and his technical team have been charged to lift the ultimate.

However, the Swansea City loanee who has played and lost two Afcon finals with the Black Stars in 2010 and 2015, says the players are desperate to win this year’s edition.

“Everybody wants the trophy; the players want the trophy, the country wants it. And I think we are going to everything we can. But the Afcon is far; [from] now to there, there is time.”

“I thank God I have had the opportunity to be at five Afcons so I know how difficult it is to even qualify from the group stage,” he noted.

“Each game is going to come one at a time. Now there are even 24 teams so it is even harder than it was before so we have to prepare very well, keep the unity.”

"I think Ghana, for the past 10-15 years, has always been part of the favourites for the Afcon ad it wouldn't change. There are other three or four countries who are at similar levels to us. They have the same pressure in their country but we need it, we want it and will do everything to get it."

"Everyone is going to give everything he had in his body to make sure that we go as far as we can go and bring the trophy. If we give everything we have, at the end of it, everything is in the hands of Allah and he will deliver what we deserve to have," Ayew concluded.

The Black Stars entertain the Harambee Stars in a final 2019 Afcon qualifier in Accra on Saturday.

Both Ghana and Kenya have already booked their tickets to the June 21 to July 19 tournament.