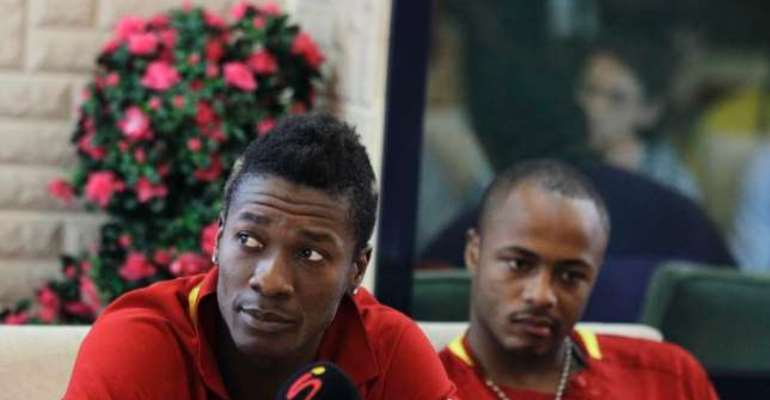 Kenya FA boss, Nick Mwendwa has insisted that says Ghana cannot win the upcoming Africa Cup of Nations with 'weakling' Asamoah Gyan and Andre Ayew in what appears a stinging potshot at the two Ghanaian stars.

Ghana will be without captain Asamoah Gyan, who has been left out of the squad for footballing reasons when they host Kenya on Saturday at the Accra Sports in their final AFCON qualifier.

The West African giants have not won the crown since they last did far back in 1982 amid several failed attempts to clinch a fifth crown.

But the president of the Football Kenya Federation (FKF), Nick Mwendwa, insists the country cannot win any silverware with the two superstars.

“We are not scared of Black Stars; you used to be a very big team but not anymore”, he told Kumasi-based Angel FM

“The likes of Gyan, Ayew; to me I think the curtain is falling on their international careers slowly by slowly.

“So unless you have some fresh legs, we should be scared; if you are depending on them for AfCON I’m sorry for you.”

The dead-rubber clash will be used to determine which country tops Group F with both nations qualified for the continental showpiece.