Michael Essien Returns To Play For Chelsea In June 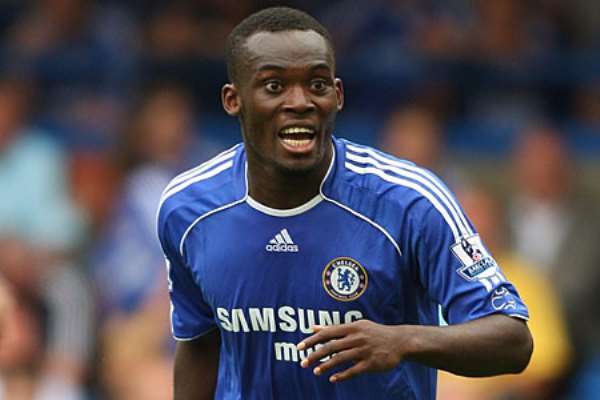 Former Chelsea star, Michael Essien, would join a host of the club’s legend to star in a charity game against Real Madrid legends at the Santiago Bernabeu Stadium on June 23.

Essien who also played for the Spanish giants during the 2012-2013 season would be joined by another Ghanaian legend and French international, Marcel Desailly, together with Eidur Gudjohnsen and Ricardo Carvalho among others.

The 36-year-old Essien who recently signed for Azerbaijan side, Sabail FK, spent close to a decade at the Stamford Bridge after he was drafted from French club, Lyon, by then Chelsea manager, Jose Mourinho in 2005.

The official website of Los Blancos indicated that the event will represent the 10th edition of Real's Corazon Classic Match which is organised annually in support of the club's foundation.

Speaking during a ceremony, Real Madrid president Fiorentino Perez, said it was their commitment to unite the people through sports and hope the game would live a lasting memory on the minds of those who love the game.

"This event has already become a traditional and endearing appointment. It is a commitment by the world of football to ensure solidarity and with the strength of this sport to unite people.

“This stadium, which has seen the best players in history, gets together every year for the legends of the best football clubs in the world. And next Sunday, June 23 there will be the chance to generate enthusiasm and hope for many children who experience injustices and inequalities.

“Real Madrid legends and Chelsea Legends will play a game that will surely be unforgettable for those of us who love this sport", the club president said

Bigotry against Muslim students won't be tolerated – Muntaka...
29 minutes ago