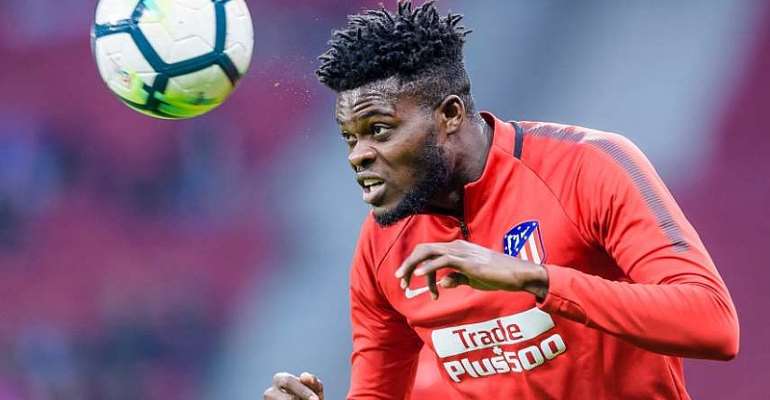 Italian club, Inter Milan, has joined a growing list of clubs chasing for the signature of Ghana international, Thomas Partey.

The Atletico Madrid midfielder is attracting suitors from across Europe with Manchester City boss, Pep Guardiola, also reported to be a big admirer of the 25-year-old.

According to reports by Corriere dello Sport, Inter Milan, are planning a double swoop on the Madrid club with the Ghanaian and his teammate, Diego Godin, the other player the Italian giants are keen on signing.

Partey who has distinguished himself as rock solid in the heart of the Atletico Madrid midfield has been consistent with his performance which has caught the eye of the Serie A club's sporting director, Piero Ausilio and CEO Beppe Marotta.

The Serie A giants are keen on bringing Partey to the Turin and are confident his international teammate, Kwadwo Asamoah's, presence in the club could bait the midfielder into committing his future to the Italian side.

But they could face a stern competition from Manchester City boss, Pep Guardiola, who is also said to be interested in the services of the former Tema Youth player.

Reports from Spanish newspaper AS earlier in the week indicated that Manchester City boss wants Partey in Manchester as a replacement to Fernandinho, who turns 34 in May.