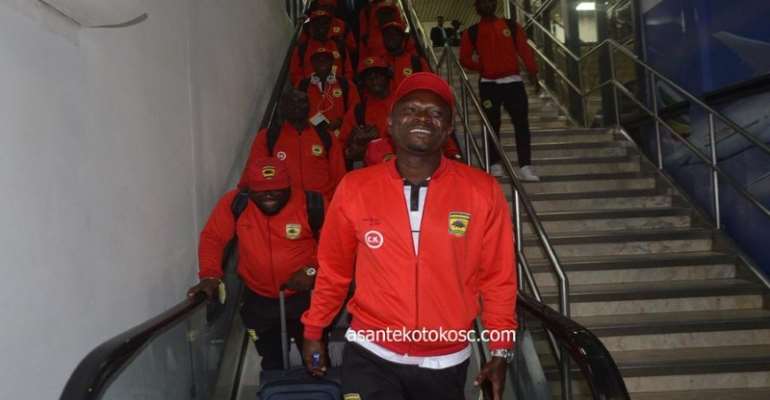 A former Asante Kotoko midfielder, Yusif Alhassan Chibsah has called on the management of the club against terminating the contract of head coach CK Akonnor.

After failing to book a place in the quarterfinals of the CAF Confederations Cup, some supporters and members of the club are crusading for the sacking of the former Black Stars skipper.

The former Dreams FC gaffer who was appointed in October last year on a three-year deal guided the Porcupine Warriors to the group phase of the 2018/19 Caf Confederation Cup.

But Yusif Chibsah insists the current management will be making a great mistake if they sack the former Ghana international.

“If you employ a coach, you need to set a target and goals for him and I know Kotoko has a target for CK Akonnor.

“Looking at the performance of Kotoko taking into consideration where they’re coming from where there is no football in the country and he having just some few months to prepare the team for the competition, I would say that CK did a great job with the team.

“There should be no reason for anyone to suggest that CK should be sacked. It will be a wrong decision,” he told Starr Sports.

Asante Kotoko returned home from their trip to Zambia on Tuesday with Akonnor tasked to present a comprehensive report on the club’s Africa campaign.