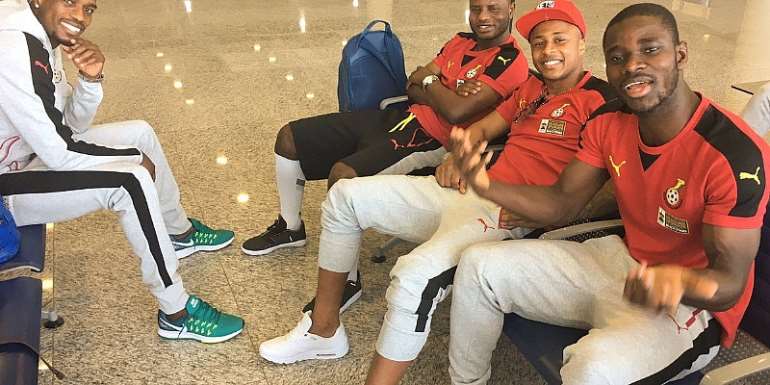 On Tuesday, Ghanasoccernet claimed that the players have been denied access to the place ahead of their final Africa Cup of Nations qualifiers against Kenya.

However, the Committee who are in charge of Ghana football have issued a statement rubbishing those claims by the controversial online portal.

A statement issued reads:
The attention of the GFA’s Normalization Committee (N.C) has been drawn to media reports suggesting players and the technical team of the Black Stars have been denied access to camping base, Tang Palace.

The reports are false. An initial miscommunication by a security personnel at the facility was immediately corrected.

The GFA Normalization Committee has not had any event since it came into existence to owe Tang Palace.

Madam Lolita, the Manager of the hotel, was flabbergasted when shown the fabricated story and stated that the arrangement for the players to stay at the hotel has been professional and without a hitch.

Nicolas Opoku was the first player to arrive at the team’s hotel on Monday. He was told by security personnel at the entrance of the hotel that camping was scheduled to begin on Tuesday, March 19, 2019.

When the Normalization Committee was made aware of this miscommunication, Acting General Secretary, Alex Asante reached the management of Tang Palace and the misconception was immediately corrected.

Opoku and Lumor Agbenyenu as at close of day on Monday were the two players to have arrived and resting in their rooms at Tang Palace, with most of the players expected to arrive later in the night.

The Normalization Committee would also like to place on record that it does not owe Tang Palace and the report suggesting the players were turned away due to indebtedness must completely be disregarded.

The players will have their first training session on Tuesday evening ahead of the Africa Cup of Nations qualifier against Kenya.

The NC wish to encourage fans to throng the Accra Sports Stadium on Saturday to support our national team beat Kenya and add to the resurgence of football mania in our dear country.

The match is billed to start at 6pm whilst the Black Meteors take on Gabon at 3pm at the same venue same day.