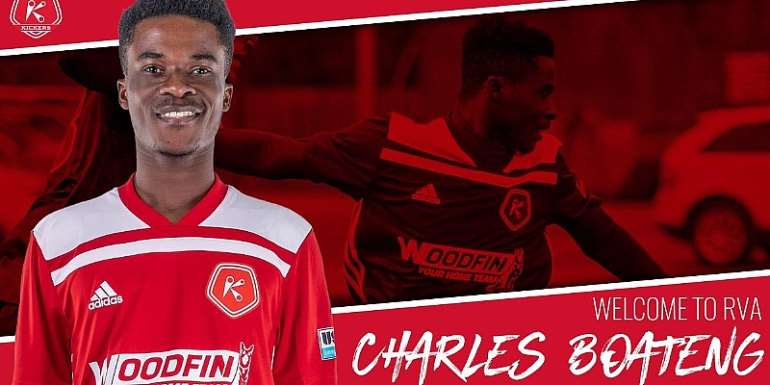 The 20-year-old became the latest Ghanaian to join Kickers after Wahab Ackwei who is expected to be announced as a player of the club in due cause.

The Club confirmed a deal with the attacker after terms were agreed.

“Charles is a player that will be an unknown to many in the Richmond soccer community, but I bet he will not be one they forget,” said David Bulow, Kickers Head Coach.

“He’s a player with a lot of interest from MLS and USL Championship clubs, but due to some external factors, he has landed with the Richmond Kickers, and I couldn’t be more excited to work with such an exciting young prospect.”

He was a member of Ghana’s U20 squad that failed to make it to the 2017 Africa Youth Championship and has been one of the key players for WAFA.

"You Were Not A Vice President When MoMo Was Introduced 11ye...
39 minutes ago