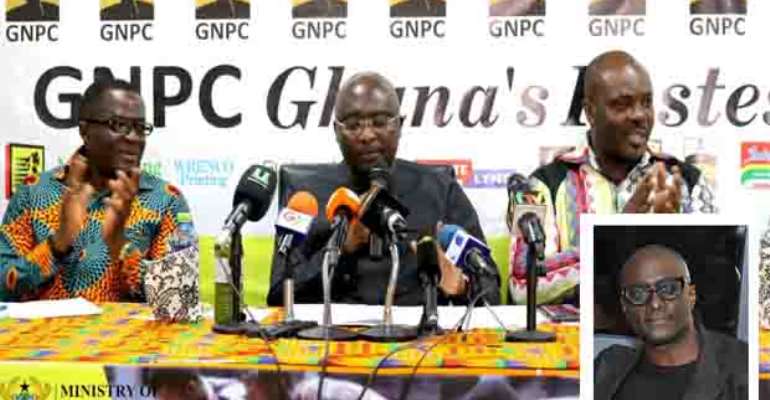 And at the launch of the sixth GNPC Ghana's Fastest Human launch in Accra recently, Dr Bawumia likened Ghanaian runners to their Jamaican counterparts, and has charged them to live up to the athletics powerhouse status.

He said “Ghanaians have anatomical, physiological and motor qualities that are similar to the Jamaicans. There is no reason, therefore, why, if we do the right thing, Ghanaians cannot do equally good or even better than the Jamaicans in the sprint events in athletics.”

“We recall the days when the Olympic Games sprint finals line-up will not be complete without a Ghanaian among the eight fastest humans on earth.”

He added “We recall in 1966 at the Commonwealth Games 4×100 yards, Ghana won Gold, beaten Jamaica and the UK in that event. Ghana can even do better when we establish high-performance training centres for sprint and jumping in athletics.”

The Vice President pointed out that we are in an era where at the international games where victors mount the stages, national anthems are played, athletes compete in their national colours; and so called on Ghanaian athletes to make an impact.

He tasked the Ghana Athletics Association and officials of the Sports Ministry for a joint evaluation of the Fastest Human initiative and promised government's support when the need arises.

He commended title sponsor of Ghana Fastest Human, GNPC, highly for realizing the power of sports as a tool to provide jobs, empower women, improve health, foster peace and unity.

Youth and Sports Minister, Isaac Asiamah, expressed the hope that the completion of the ten youth resource centres of excellence across the country will help produce more athletes for Ghana.

The Ghana Fastest Human Race project is a seven-year initiative aimed at raising athletes to make impact in the 2020 Olympics as well as restore the dwindling fortunes of sprint athletics in Ghana.

CEO of GNPC, Dr Kofi Kodua Sarpong said “We were motivated by the principal objective of the project, which is to unearth talents and nurture them to represent Ghana at the 2020 Olympic Games in Tokyo.”

Founder of the Project, Reks Brobby, mentioned that all was set for this year's edition which will see his team travel across the country for the regional events before gathering for the national competition in September.