CAF CC: We Had To Beat Kotoko To Protect Our 'Pride' And 'Integrity' - Zesco Coach 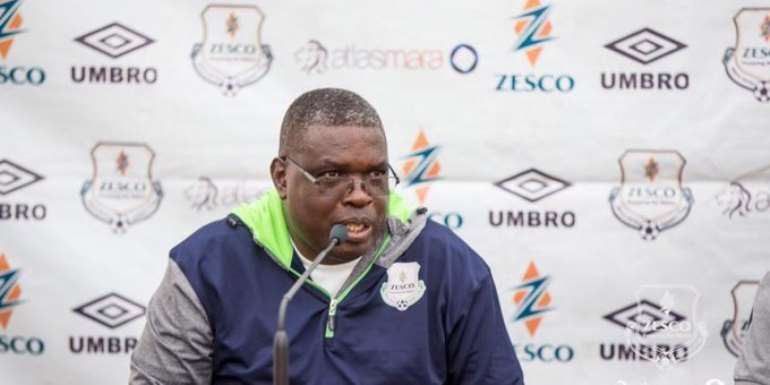 ZESCO United manager, George Lwandamina says his side had to beat Asante Kotoko to protect their ‘integrity’ and ‘pride’.

The Zambian side defeated Kotoko 2:1 in the final group match of the CAF Confederation Cup on Sunday in Ndola.

The Zesco had nothing to play for following their elimination from the competition after losing 3-0 to rivals Nkana FC in the penultimate game in Kitwe last week.

The Ghana Premier League side needed a win to ensure their passage into the quarterfinals stage after blowing up the chance to do so following a 1-1 stalemate with Al Hilal in Kumasi last Sunday.

But the Porcupine Warriors hopes were buried after Jesse Were and Kondwani Mtonga capitalized on defensive mishaps to win the match for ZESCO after Stephen Nyarko had handed the Ghanaians the advantage in the first half.

Speaking to the press, coach Lwandamina clarified that his outfit won the match to make a statement to their accusers.

“They wanted it more as their coach said but we also needed to win to protect our pride and integrity that’s why we gave them a good run for their money.

“Both sides showed character, it was a cagey match but unfortunately both teams are out of the competition.”

ZESCO and Kotoko exited the competition with seven points apiece.