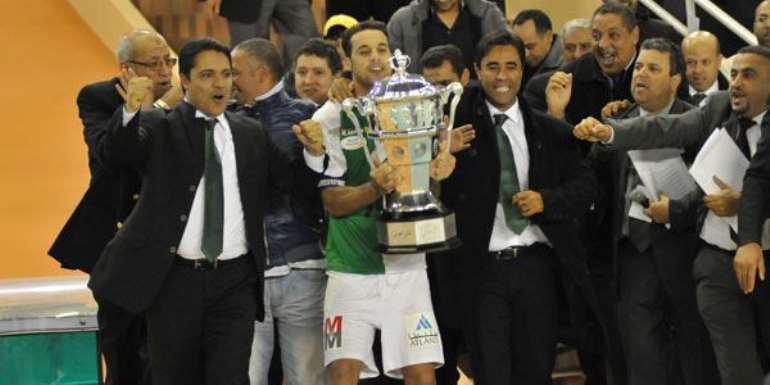 Morocco’s Raja Casablanca put up a stellar performance with a 4-1 thumping of Congo’s Otoho D’Oyo in their final Group A game of the CAF Confederations Cup at the Stade Omnisport Marien Ngouabi d’Owando on Sunday.

However, despite the result Raja will exit the cup competition along with Otoho following Hassania Agadir’s 1-0 win over Berkane in the other Group A game on Sunday.

Raja finish Group A in third place on seven points, a point behind third-placed Hassania while Otoho finished bottom with five points.

The home side started brightly and made their pressure tell with the opening goal in the 16th minute courtesy of a striker from Dimitri Bissiki, 1-0.

Raja started to find their footing in the game after going behind and managed to draw level in the 41st minute when Mahmoud Benhalib found the back of the net, 1-1.

A minute before the break the Moroccan side were able to take the lead when a swift passing move ended with Sanad Msoud producing a clinical finish to make it 2-1 at the break.

Raja came out firing in the second half and dominate proceedings which allowed them to score their third goal just after the hour mark when Ayoub Nanah found the back of the net, 3-1.

The visitors made certain of victory with their fourth goal three minutes of time courtesy of a spectacular strike from Mouhssine Yajour, 4-1.