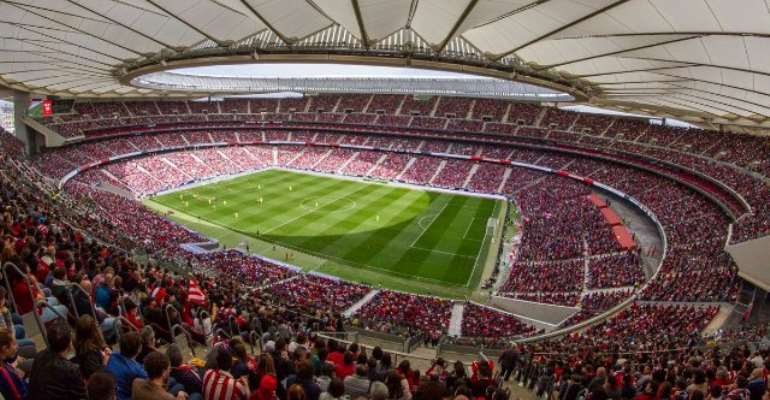 Atletico Madrid and Barcelona smashed the attendance record for modern women's club soccer on Sunday as 60,739 supporters turned out to the Wanda Metropolitano stadium to see a 2-0 Barca win which shook up the title race.

Atletico were leading Barca by six points at the top of the Liga Iberdrola heading into the game but second-half goals from Asisat Oshoala and England international Toni Duggan halved the deficit with six games remaining.

The previous attendance record for a women's game in Spain was Athletic Bilbao's game with Atletico Madrid in the Copa de la Reina on Jan. 30, when 48,000 supporters crammed into the San Mames stadium in Bilbao.

The former world record attendance for a women's club match in the modern era was a game between Mexican sides Monterrey and Tigres in 2018, where 51,000 fans showed up.

Over 53,000 people are thought to have attended a match at Goodison Park in 1920 when Dick, Kerr Ladies took on St Helens prior to the FA's ban on women's football, which lasted half a century.

The biggest attendance for any women's game remains the 1999 World Cup final between the United States and China which saw 90,000 fans flood into the Rose Bowl Stadium in Los Angeles.