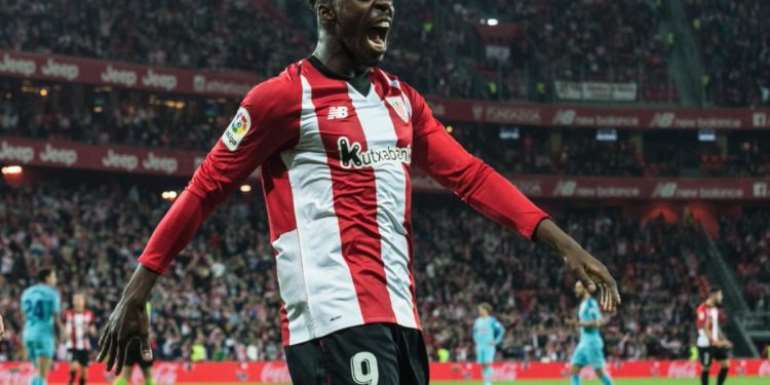 Ghanaian international, Inaki Williams was on target as Athletic Bilbao whipped Atletico Madrid with a 2-0 on Saturday.

The Spanish born forward and substitute Kenan Kodro struck in the second half to boast LaLiga leaders Barcelona’s title bid.

Jose Gimenez failed to clear his lines with 17 minutes remaining, allowing Williams to steer in substitute Inigo Cordoba’s cross, with Kodro completing the win just 27 seconds after coming on in the 85th minute.

Thomas Partey's side side were dumped out of the Champions League at the last-16 stage by Juventus on Tuesday, despite winning the first leg 2-0, and they fell to a second successive defeat at San Mames, meaning Barca will go seven points clear with victory over Real Betis on Sunday.

Simeone's side struggled in front of goal throughout the match but felt they should have had a penalty prior to going behind when Mikel San Jose thwarted Alvaro Morata, though nothing was given.