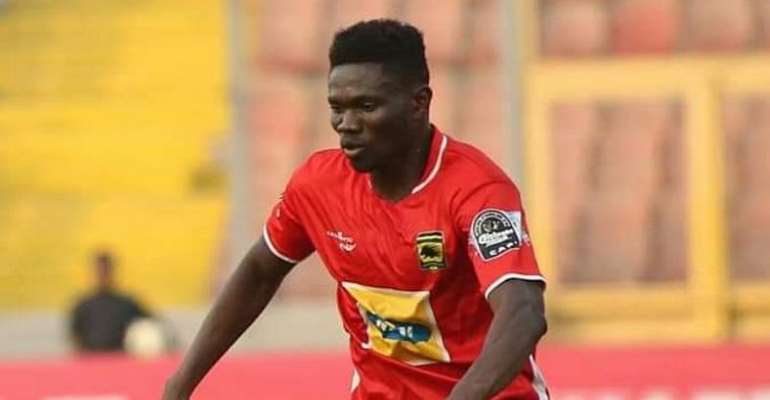 Kumasi Asante Kotoko midfielder Kwame Bonsu has revealed his displeasure of being tag as an “ex-convict” by the media.

Bonsu, 24, was convicted and offered a prison sentence of two years for assaulting and raping his ex-wife in Sweden.

He was released and deported back to Ghana after serving one year and a month in prison at Sweden and quickly penned down a contract with the Porcupine Warriors.

Kwame Bonsu however disclosed on Silver FM his unhappiness with the name calling.

“I have actually moved on to be honest. Sometimes reading those kind of headlines makes me feel some kind of hatred for my ex or the country (Sweden) I came from. But I can’t change how people think, what people want to write.

“Sometimes they want to get the attention of their readers but I don’t think this should be the situation. At least I’m a Ghanaian, we should protect our own.

“It’s not pleading, it’s about time we need to grow. I’m not saying this for people to feel pity for me. No! I have psyched myself and I know what to achieve in life.

“People can write what they want and how they want based on what they know or think. But at the end of the day is their problem, not mine. I just focus on the positive things," he stated.

Kwame Bonsu has been instrumental for Asante Kotoko so far in the CAF Confederations Cup, earning him also a call up to the Black Stars team.