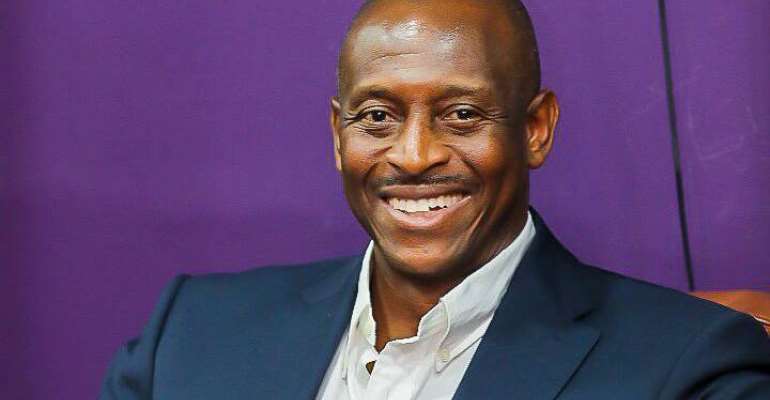 The Ministry of Youth and Sports presented an amount of 10,000 USD to the Ghana Rugby Team for excelling at the 2018 Rugby Africa Bronze Cup competition held at the Nduom Sports Stadium, which is an automatic qualification to the 2019 Rugby Africa Silver Cup.

The amount was handed over when a delegation from the Ghana Rugby Football Union (GRFU) called on the Deputy Minister for Youth and Sports Hon. Curtis Perry Kwabla Okudzeto.

The purpose of the meeting was to officially present to the Ministry the trophy it won at the competition with participating countries from Lesotho, Rwanda and Mauritius.

The Hon. Deputy Minister in his brief remarks congratulated the Ghana Rugby Team and the Federation for the successes chalked in the last three years adding that government acknowledges the significance of the discipline, the developments and strides it is making on behalf of the country.

Mr Herbert Mensah, President and Board Chairman of Ghana Rugby, who was in Marrakech-Morocco for the Rugby Africa 2019 Summit at the time of the meeting, showed his and Ghana Rugby’s appreciation for the acknowledgement of the union’s achievement in a message on the Ghana Rugby YouTube Channel.

According to Mensah, the achievements of Ghana Rugby is the result of an enormous amount of hard work and indeed an enormous investment in the sport.

Ghana Rugby is investing in its youth development programme with the World Rugby “Get Into “Rugby” programme as the foundation to, in the words of Mensah, build character based on the Rugby Values of Integrity, Passion, Teamwork/Solidarity, Discipline and Respect.

Mensah emphasised that all of these programmes require enormous investments to eventually get our national teams, the Ghana Eagles, to represent Ghana and to fly its flag high on the international and global playing fields.

“In fewer than four years we managed to become Full Members of World Rugby and to host and win two Rugby Africa tournaments in Ghana that was a showcase of Ghana’s ability and willingness to be a friendly, capable and welcoming destination for global sports events,” Mensah said.

Ghana rugby will again do all in its power to fly the Ghana Rugby flag high in international Rugby Africa tournaments including the U20 Barthes Cup, and the Men’s and Women’s Fifteens and Sevens tournaments.

The Men’s Sevens Tournament will be a qualifier for the 2020 Olympics in Tokyo and according to Mensah it will be a very tough ask, but that Ghana Rugby will leave no stone unturned in its quest to also show the spirit and character of Ghana at that important event.

About Ghana Rugby Ghana Rugby is the official full member of both World Rugby (2017) and Rugby Africa in Ghana-West Africa and is responsible for the management and development of the Game Rugby Union in the country. The Union is governed by a Constitution and administers five KPAs (Key Performance Areas) namely: (1) Youth Development & Growth through the World Rugby “Get Into Rugby” Programme, (2) Women in Ghana Rugby, (3) Training & Education, (4) Domestic Competitions and (5) International Performance..