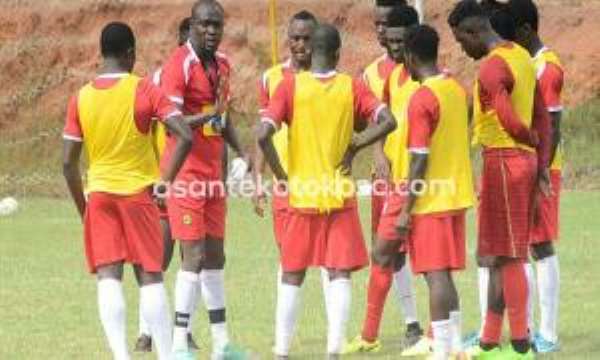 Asante Kotoko are currently participating in this year's edition of the CAF Confederations Cup and have been impressive so far. Kotoko have won two games and drawn one in the five matches they have played so far.

According to veteran coach J.E.A. Sarpong, Akunnor's efforts should be recognised.

"CK Akunnor has done extremely well because not all the coaches we have can coach Kotoko. Look at where he took the team from with no football activities in the country and where they have reached. I honestly don’t understand those calling CK names, just because they drew against Al Hilal," Coach Sarpong told Happy FM.

"Even if Kotoko get knocked out at this stage, the team and the coach must be praised because they have done well for themselves and Nation,' he added.

Asante Kotoko will play ZESCO United in their last group game as they seek to progress out of the group stage.

15 Assembly Members, others granted bail for cursing Regiona...
36 minutes ago

I wanted to turn down Accra Regional Minister job because I ...
42 minutes ago