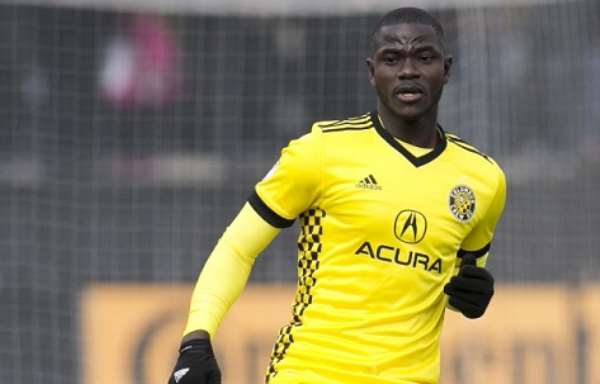 Ghana Black Star Defender, Jonathan Mensah played a crucial role in Columbus Crew 2-0 away win against New England Revolution in the Eastern Conference division of the MLS, on Saturday, March 9.

Mensah has been very instrumental for the “Gold and Black” since making the switch in January 2017 and has begun on a good note in the 2019 season starting all two matches for his side.

After that victory, the Ghanaian centre-back was rated high based on his performance on the day.

The 28-year-defender was received 8 points on the performance ratings after each player’s contribution was accessed by a Columbus Crew online portal after the game.

The website stated “Jonathan Mensah (8) – The Ghanaian was a stud in the penalty box, controlling New England’s offense and relieving the pressure with three clearances. On top of that, he was also the team’s best passer, connecting north of 95 per cent of his attempts.”

Fellow compatriot, Harrison Afful, also scored a remarkable 7.5 on the day proving that the Ghanaian duo are in great form for their side aiding them to occupy the summit of the league log in the Eastern Conference division with four points after two matches.

The Ohio State club hopes to continue their unbeaten run when they welcome FC Dallas at their home grounds, the Mapfre Stadium for the next game on Saturday, March 16.

After that, both Mensah and Afful are expected to join the Black Stars as they have been invited by Coach Kwesi Appiah to be part of his 24 man squad who will play Kenya on March 23, for the final 2019 Africa Cup of Nations (AFCON) qualifier to be played at Accra Sports Stadium.

We're ready to go to jail for fighting the bogus, discrimina...
13 minutes ago