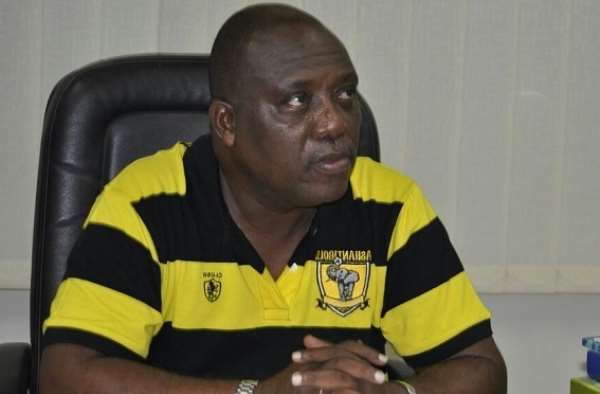 Chairman for the Ghana League Clubs Association, Mr. Kudjoe Fianoo has stated that the Normalization Committee (NC) must be kept on their toes to complete their mandate within the next extended timeline yet to be communicated by the Federation Of International Football Association (FIFA).

The Committee which was set up by FIFA and the Government of Ghana to restore sanity to football in the country following the airing of the Number 12 video by Anas Aremeyaw Anas has so far not lived up to expectations.

Many football administrators have not been impressed with their work and with their 31st March 2019 deadline day fast approaching, many stakeholders of the sports are predicting the world football governing body to give them an extension.

Speaking to Asempa FM’s Kojo Mensah Moshosho, Mr. Kudjoe Fianoo has shared that he will not be surprised if the NC gets an extension from FIFA. He however wants football people and stakeholders to push them to complete their mandate within the next timeline.

“If they (Normalization Committee) are given the extension I will not be surprised because it has happened in other Jurisdictions. When it happens like that and their mandate sis extended what we can do is to pray that it is not true. But if it is true, the question should be what You and I can do about it because in other Jurisdiction some of them spent 2 years”, Kudjoe Fianoo said.

He continued “What we need to do is to ensure that the Committee works within the extended timeline which will be given to them so that people will not take advantage of the situation and stay longer than necessary in office”.

An official communique is likely to come from FIFA to confirm the NC’s extended timeline before the 31st March deadline. Unconfirmed reports has it that some members of the committee will be replaced on the grounds of bad conduct.

Anti-LGBTQI+bill not to engender hatred for persons, meant t...
36 minutes ago

JB’s two phones tendered in as evidence
36 minutes ago