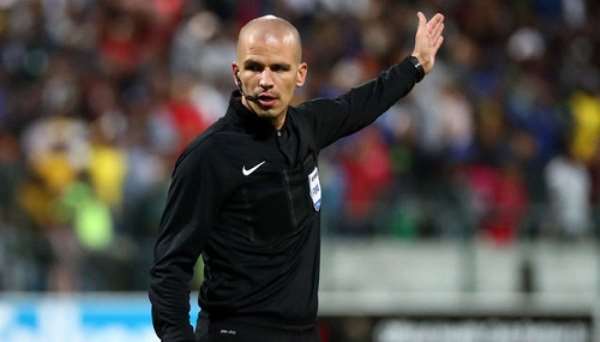 South Africa centreman, Victor Miguel De Freitas Gomes has been appointed by CAF to officiate the final match in Group C between Zesco United and Asante Kotoko in the CAF Confederation Cup.

Gomes will be supported by countrymen Zakhele Thusi Siwela and Athenkosi Ndongeni as assistant line and two respectfully.

Kotoko will be seeking to record their second win over the Zambians after inflicting a painful 2-1 victory over them in matchday two at the Baba Yara Stadium after they failed to win against Al Hilal.

A win for the Porcupines Warriors will aid their chances of making it to the quarter-final of the competition.

The clash scheduled for Sunday, March 17 at the Levy Mwanawasa Stadium.