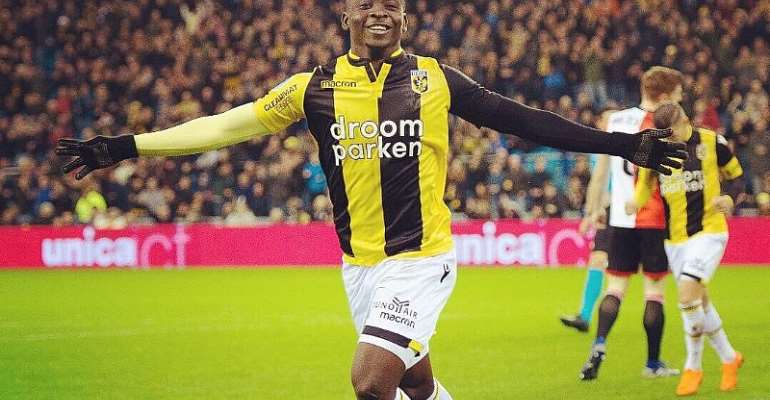 Ghanaian striker, Dauda Mohammed says they were unlucky against Feyenoord despite scoring his first goal in the Dutch Eredivisie.

Leonid Slutsky and his men were held at home to a 1-1 stalemate.

The former Asante Kotoko forward pulled parity for his side in the 47th minute after Orkun Kokcu had given Feyenoord a first-half lead.

However, Dauda is unhappy with the draw despite scoring his second goal for the Club.

The 21-year-old is on loan from Belgian giants Anderlecht.