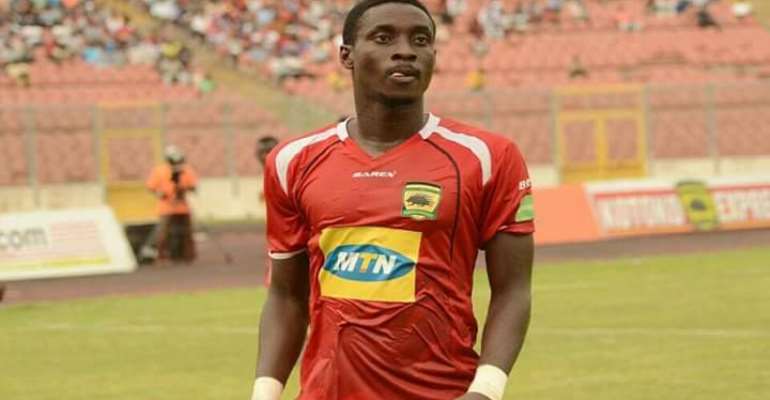 Head coach of Kumasi Asante Kotoko, Charles Kwablan Akunnor has revealed to the media the gamble he took in featuring new boy Daniel Darkwah in his outfit’s CAF Confederations Cup match against Nkana FC on Sunday.

The Porcupine Warriors defeated Nkana FC by three unanswered goals at the Baba Yara Sports Stadium to move to the second position in Group C.

The former player of Aduana Stars was called up to replace suspended captain Amos Frimpong who was unable to play after receiving two yellow cards.

Darkwah also assisted Emmanuel Gyamfi to net the second making his coach to be impressed by his performance.

“Daniel Darkwah was a risk but sometimes you need to take that risk. I am proud of the young man. I thought he would not last the full ninety but he did,” Akunnor told the press in his post-match presser.

Asante Kotoko’s next group game will be a return leg against Al Hilal to whom they lost to in the first leg.