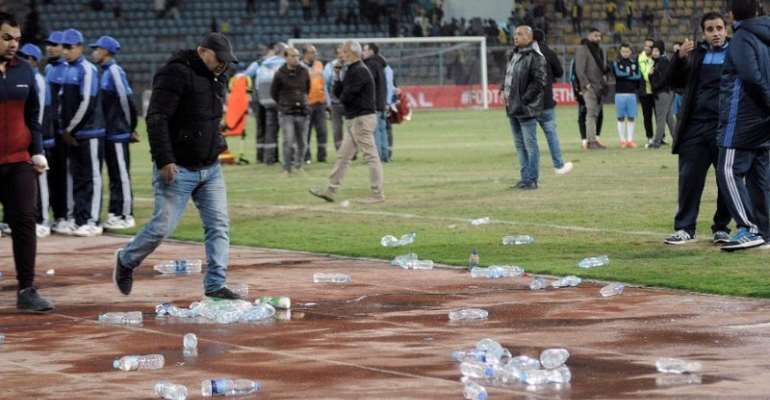 Tunisian side Club Africain were awarded a 3-0 win and Egyptian opponents Ismaily fined S40 000 on Tuesday after their Caf Champions League match last month was abandoned.

In a further punishment, Ismaily must play their next home match, against CS Constantine of Algeria this Saturday, behind closed doors.

Africain were leading Ismaily 2-1 in Egypt on January 18 when water bottles and stones were hurled on to the pitch, forcing the referee to abandon the Group C game in stoppage time.

Ismaily were disqualified from the elite African club competition by the Confederation of African Football (Caf) only to be reinstated after appealing the decision.

CAF justified allowing former trophy-holders Ismaily back into the Champions League on the grounds that there were no pitch invasions.

TP Mazembe of the Democratic Republic of Congo top the table with seven points followed by Constantine with six and Club Africain with four while Ismaily are pointless.

Ismaily and Constantine have played two matches less than their rivals and meet on February 23 and March 2 to catch up before the final two matchdays.

The stadium where the crowd trouble occurred is among six that emergency hosts Egypt will use for the 2019 Africa Cup of Nations this June and July.

Egypt replaced Cameroon in January when the central African nation fell behind with preparations for the first Cup of Nations featuring 24 teams, up from 16 two years ago.