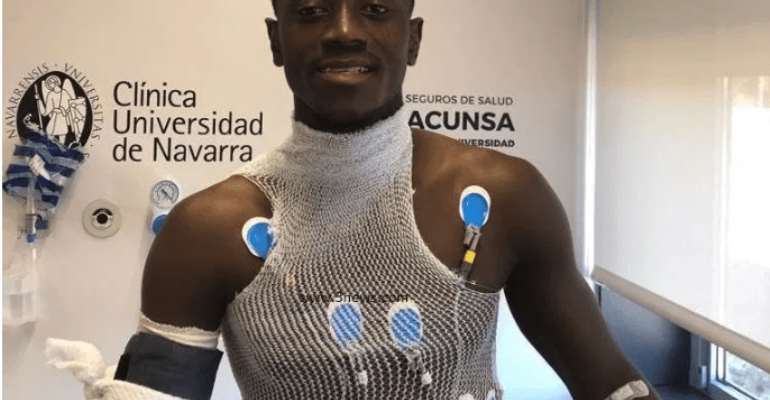 Black Stars forward, Emmanuel Boateng has completed his medicals ahead of his move to Chinese Super League side Dalian Yifang.

The Levante forward joined the Chinese outfit for €11 million whilst they will also have 25 percent on any onward transfer.

The 22-year-old will earn €1million a year for the three-year deal according to reports.

The Ghanaian international has previously played for Ghanaian second-tier side Charity FC as well as Portuguese sides Rio Ave and Moreirense.

He is well noted for scoring a hat-trick against Barcelona at Nou Camp last season whilst playing for Levante.