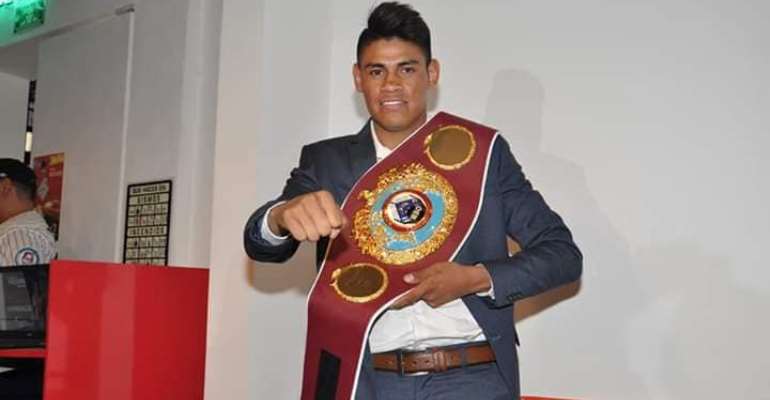 WBO World super bantamweight champion, Emanuel Navarrete of Mexico, has promised to knock out Ghana’s Isaac Dogboe out in their much-expected rematch which could take place at the Madison Square Garden in New York on April 20, 2019.

Navarrete, who dethroned Dogboe in their first fight on December 8 at the same venue, anticipates a very tough clash against the Ghanaian but believes he has a better chance of stopping his opponent should they engage in exchanges.

Dogboe (20-1, 14 KOs) is looking forward to avenging a painful defeat to Mexico's Navarrete (26-1, 22 KOs) and is ready to activate an immediate rematch clause in their contract.

Dogboe aka The Royal Storm fought gallantly to lose a unanimous decision to Navarrete in a bout that shocked the entire boxing world especially when he has earlier destroyed the likes of Cesar Juarez, Jessie Magdaleno and Hidenori Otake who are rated high in the rankings.

Navarrete told ESPN in an interview that he noted that his chances of knocking Dogboe out will be greater than it was last December when the fight travelled the entire distance. He explained that the Ghanaian desire to come after him in the next fight would be to his advantage in the rematch.

"In the first fight with Dogboe, I think he was confident because maybe he saw me and felt that I'm not really a fighter but nobody looks at my body as being that of a boxer. Because I do not look like that but I feel very strong, I feel like that affected him a lot when he could not hurt me and he started to decline," Navarrete told ESPN Deportes.

"In the next fight, I think Dogboe will come in with more desire, he will want to make it more of a fight, but that is my comfort zone. They come to me and I take them in. I feel better when they come to me because I make them fail and I take advantage.

Meanwhile, Guillermo Brito, Operational Director of Zanfer Promotions, promoters of the Mexican puncher said the rematch between Navarrete and Dogboe was yet to be confirmed but there was talk of the possibility of adding the fight to the pay-per-view undercard of Terence Crawford's WBO welterweight title defence against Amir Khan which takes place at Madison Square Garden in New York.