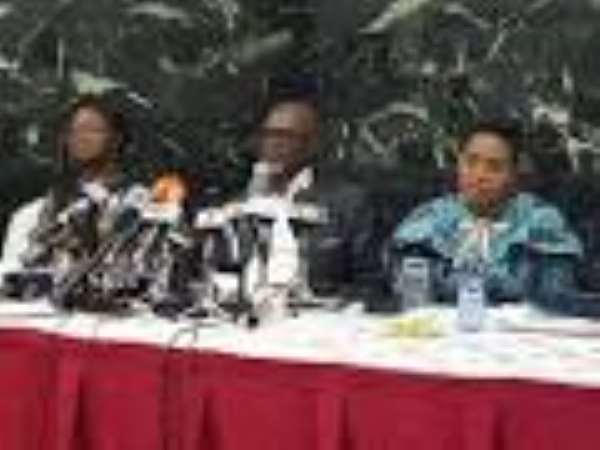 The Normalization Committee have decided to call off the special competition it had put in place for both clubs in Ghana’s Premier League and Division One League.

Although the Normalization Committee had been able to secure a US$1.2m sponsorship deal from Government, they suffered various setbacks which resulted in their cancellation of the special competition.

The special competition had been postponed on several and never saw the light of the day. The competition was postponed three times before the last straw that broke the camel’s back was when Medeama SC, decided to boycott the competition after it was added to the Northern Zone of the Competition.

After fixtures for the competition were released and 15th February set as the day for it to begin, the Normalization Committee has decided to take a different turn and call of the competition.

Ghana football fanatics who were expecting to see Ghanaian clubs back in action will have to wait a bit longer as there is no sign of any recognized football matches in the country.

The Normalization Committee released a statement on Monday which reads:

“The GFA Normalization Committee (N.C.) has cancelled the proposed special competition aimed at engaging Ghanaian clubs whilst the reformation of Ghana Football takes shape. The NC took time to meet the football community to help understand the challenges and problems facing Ghana football. Clubs and players appealed to N.C. to do something and start football playing again.

...The clubs said they were haemorrhaging with debt and their players were getting rusty. The N.C. heard their appeal and put together a tournament that was designed to make the game beautiful and encourage fans to go to venue centres and also watch on television. There were arrangements to pay better fees to referees, the budget for media hype to generate interest and a core of young volunteers to help generate interest in young people in football.

...Additionally, plans had been put in place to telecast the matches to bring football to the doorstep of the people. Unfortunately, because of the bad image no company was willing to align its brand with Ghana football hence no sponsorship was secured.

...We then had to appeal to the government to come to the rescue of the sad situation of Ghana football. The government heard our plea and advanced 1.2m dollars not just to restart football but to train referees and also look at women football and Colts football. When we got the money the premier league clubs opposed the format of the competition; we bent to accommodate some of their concerns to come up with final tournament structure that everybody agreed.

...Anytime the game was about starting there was a hiccup from the premier league clubs and the tournament never started. The N.C. has come to a point where the truth must be told and the right things are done to save asset for the people of Ghana even though it has private sector colouration. We hereby cancel the proposed N.C. tournament. We will engage the interest of government as to the other alternative uses to the funds advanced the Normalization Committee.

...We sincerely apologize to the Division One league clubs who overwhelmingly subscribed to participate in N.C. Special competition. We will come up with a new programme to keep them engaged whilst we reform Ghana football. We want to assure the people of Ghana that Ghana football will be normalized, and will not allow the inherent greatness of our football to die on the altar of selfishness, greed and braggadocio.”

The Normalization Committee has until May 31st to come to the end of their appointment by FIFA and Ghana government after the Ghana Football Association was dissolved last year.