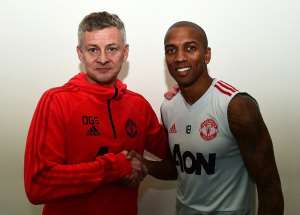 The 33-year-old's original deal was due to expire at the end of the current season, but he will now remain at Old Trafford until at least 2020.

Young has played a key role for the Red Devils this term, featuring in 24 matches across all competitions, despite competing with Diogo Dalot and Antonio Valencia for a regular spot at right-back.

Solskjaer is currently sevring as United's caretaker boss, but he has been widely tipped to be appointed the club's next permanent manager after overseeing ten wins in 11 matches.

Despite his advancing years, Young has been one of the players to directly benefit from the Norweigian's forward-thinking style, giving him the license to join in attacks in addition to his defensive duties.