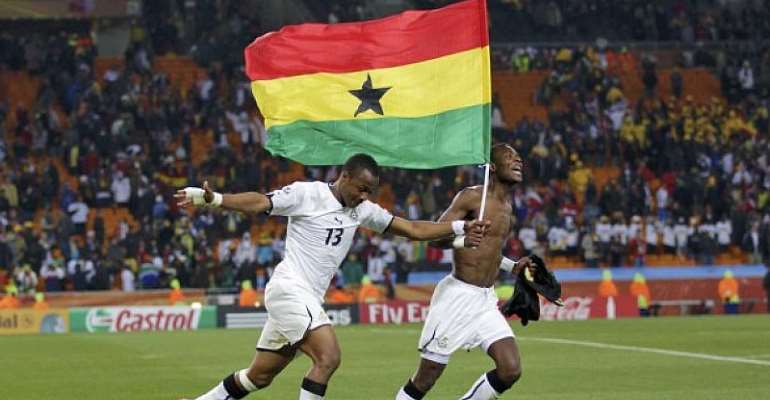 On 8 January 2019, the Executive Committee of the Confederation of African Football (CAF) overwhelmingly voted for Egypt as the new host of the 2019 African Cup of Nations in Dakar following a decision to strip Cameroon of their hosting rights.

This decision gave the Black Stars of Ghana a headache following their poor performance last time they visited Egypt for a major tournament in 2006. Surprisingly, Ghana has won two of their four AFCON trophies on north African soil (Tunisia in 1965 & Libya in 1982) but they really struggled to make a huge impact in Egypt. Ghana’s disappointing run in the 2006 AFCON in Egypt was one of the low points of their 39-year trophy drought.

By that time, it was an undeniable fact that Ghana had lost its prowess as a football nation on the continent, despite their maiden qualification for the World Cup in that same year.

Ghana had lost the services of some key players for the tournament including Asamoah Gyan and then highly rated Chelsea midfielder Michael Essien to what some football fans described as a “fake injury”. Their doubt hit the roof when Essien featured 90 minutes for Chelsea in the English Premier League the day after Ghana were eliminated from the competition after their last group game defeat to Zimbabwe in Port Said.

The fortunes of Ghana’s campaign were worsened when skipper Stephen Appiah had to play the last game unfit and instrumental winger Laryea Kingston was suspended following a red card against Senegal.

More than ten years later though, the current generation of Black Stars have been very consistent and impressive in the last five editions of the African football festival – finishing fourth three times and second twice.

The 4-time African champions have not been forgiven by their passionate fans for their near misses in recent times. The desperation to reach AFCON glory has hit its highest crescendo as captain Asamoah Gyan leads his army men to Egypt to make amends with the hearts of Ghanaians.

Cairo is not uncharted territory for the Black Stars though, who are hoping to draw on their 2009 U-20 World Cup championship in Egypt. That tournament served as a platform for some players of this generation including now deputy skipper Andre Ayew. Ghanaians will hope that their return to Egypt will serve as a tonic to end their long-awaited quest for their fifth AFCON trophy.

Unfortunately for Ghana though, it is Egypt who are the pre-tournament favorites. Having been on excellent form under new coach Javier Aguirre, and given their success at AFCON on their own turf (Egypt have won three of the last four that they have hosted AFCONs), it seems most likely that the Pharaohs will claim victory come the July 13th final.

The hosting rights handed to Egypt has activated their taste to reclaim their lost glories on the continent, especially after losing to Cameroon in the finals when they were so close to returning to the peak of African football.

The size of the 2019 AFCON alone (the tournament has been expanded from 16 to 24 teams) makes it a very open tournament, but the Black Stars understand the herculean task ahead. They cannot continue to fall on the land of Egypt. As they return to the land of Pharaohs in these difficult circumstances, Ghanaians cannot wait for their hope to be postponed for another two years.