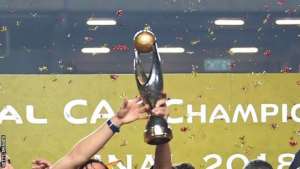 Egyptian club Ismaily have been reinstated into the African Champions League after a disqualification last month when fans forced the abandonment of a home fixture against Club Africain, the Confederation of African Football said on Monday.

Ismaily supporters threw stones and water bottles towards the field, which forced Cameroon referee Neant Alioum to order the teams into the changing rooms in stoppage time with the visitors leading 2-1.

CAF's appeal board ruled in favour of Ismaily on Sunday saying there had been no invasion of the playing area nor evidence it was directed at the visiting team and therefore no grounds for disqualification.

The appeal board made no recommendation on the outcome of the match against Club Africain.

Ismaily had already lost their opening game in Group C at TP Mazembe Englebert of the Democratic Republic of Congo.

Egypt were named as hosts of the 2019 African Nations Cup last month despite a number of incidents involving unruly fans in recent years that forced local officials to limit the number of spectators at domestic fixtures to 5,000.