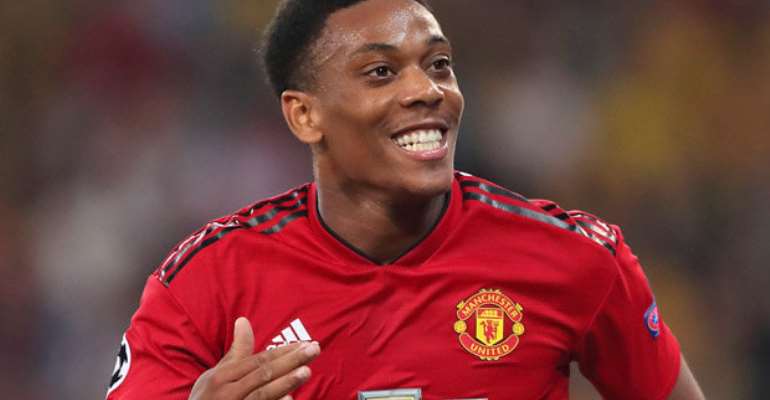 The France forward set up Paul Pogba's opener and scored a superb second in Saturday's 3-0 win against Fulham.

Martial's goal, which saw him run from the halfway line, led ex-United captain Gary Neville to compare it to a Ronaldo winner at Craven Cottage in 2007.

"He does have similarities, of course," said Solskjaer.

"It was towards the end of the game and we played a very poor game and Cristiano scored it," he added of his former team-mate's goal in a 2-1 win.

Ronaldo won eight major trophies in his time at United and scored 118 goals in 292 games.

"If he wants to be at Cristiano's level, Anthony knows what he has to do," said Solskjaer. "It's up to him. He has the talent."

Last month, Martial signed a new deal keeping him at the club until at least 2024 having looked to be on the verge of leaving in the summer after falling out of favour for large spells under former boss Jose Mourinho.

The 23-year-old, who became the most expensive teenager in history when he signed from Monaco in 2015 for an initial £36m, has started six of eight Premier League games since Solskjaer took over from Mourinho, scoring twice.

"I am glad he is in my team," said Solskjaer, whose side take Paris St-Germain at Old Trafford on Tuesday in the Champions League last-16 first leg.